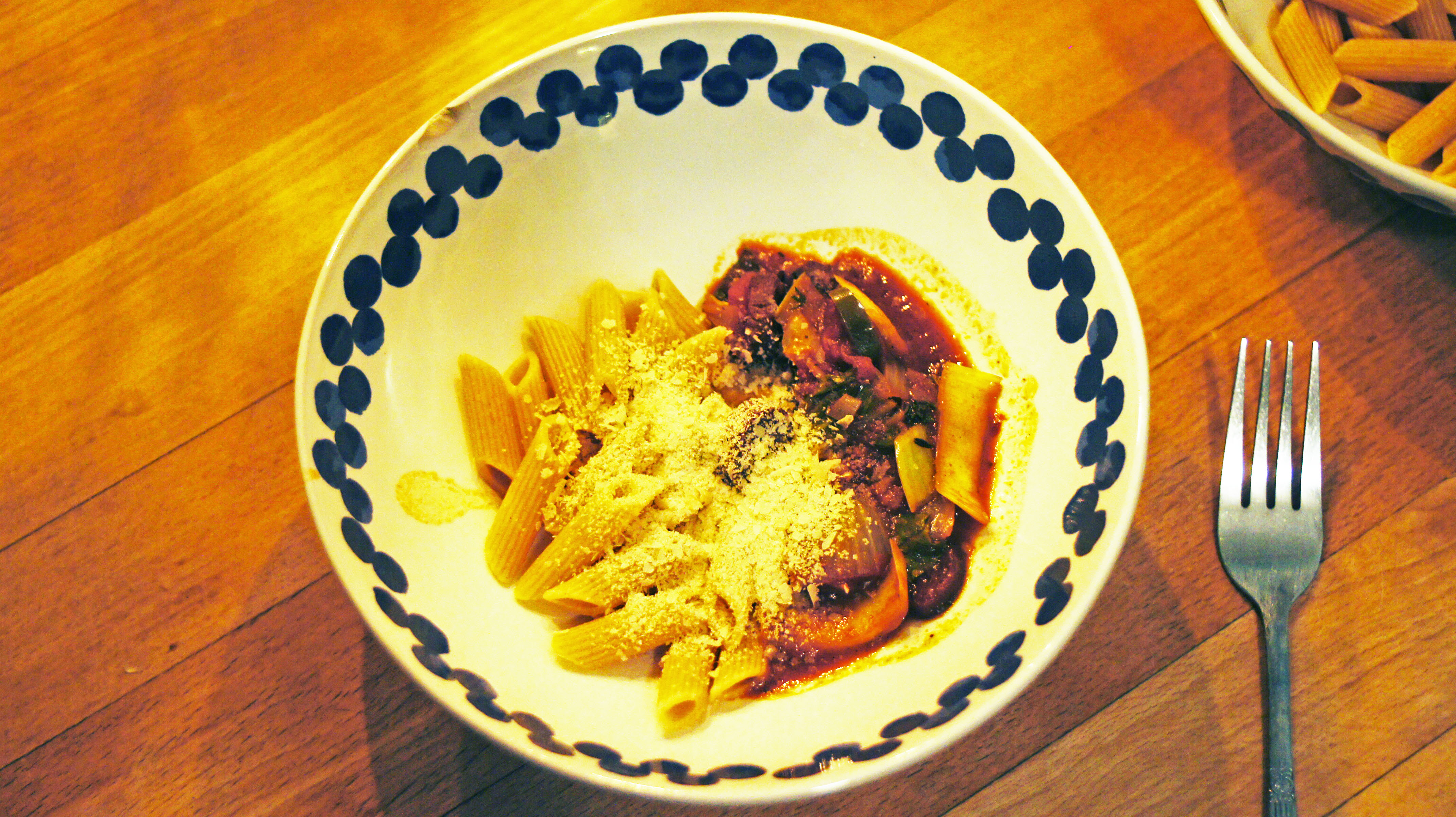 The following recipe is very pragmatic and quick. It's basically a tomato sauce with red wine and some onions fried up with some Seitan.

Yes, Sausages. I remember times when vegetarians used to ask what the heck Vegan means, because they simply didn't know. Commonly some people who are accustomed to eating meat will question meat replacement products. I was also often asked what the point would be to eat that stuff. An argument mostly brought up, was that it isn't meat. Than why Sausages? Well I always wondered why people say that, because I also don't see a steak have eyeballs. Nor do I see a Sausage packaging label tell me that it's a piece of corps? It's all sold to us as food. I tend to ask myself what food really is and just biochemically question a lot. I would never deprive myself of good tasting food though :)

Nevertheless I am not a huge fan of Soy really, unless it's fermented. What I really like in taste is Seitan. Of course it's pure gluten, so for all you gluten intolerant people probably a no go. Also health wise I would not recommend eating excessive amounts of it, due to Lectin and for that matter Wheat Germ Agglutinin [WGA].

I really do love Seitan occasionally as you can see in my recipes. Usually when buying ready made Seitan, it doesn't taste as good as when you make is yourself with a Red Wine Fond, White Wine Fond with pumpkin seeds or just flavour it in your own style.

There is one company although that really blew my mind since I discovered them. Topas GmbH, who have a label called Wheaty. They have these smoky sausages, gyros for kebab's and many of great products to choose from and also worth ordering from their Website. The Sausages I am writing about are a great deal to order in packs of 20pcs. I should get an affiliate smart contract, because I would click on a link and order those, lol. I recommend the Kurbiss and the Chorizos.

I will be sharing how I would make a Smokey Seitan by yourself in a coming post.

Firstly I would like to add that I don't know how one would make this dish the authentic Spanish way. I surely recommend additional ingredients such as : chile powder, cumin, coriander, cloves, cinnamon, and herbs like bay leaves, oregano, and thyme. It's also good to just get the spice mix dry labelled 'chorizo' that will probably contain those ingredients. I recommend a good smoked paprika for this as well. La Dalia is one of my favourites of the known ones. Probably some grandma shop in Spain will surely have a better one. ;) 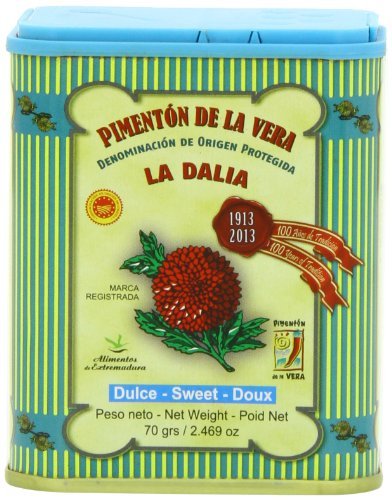 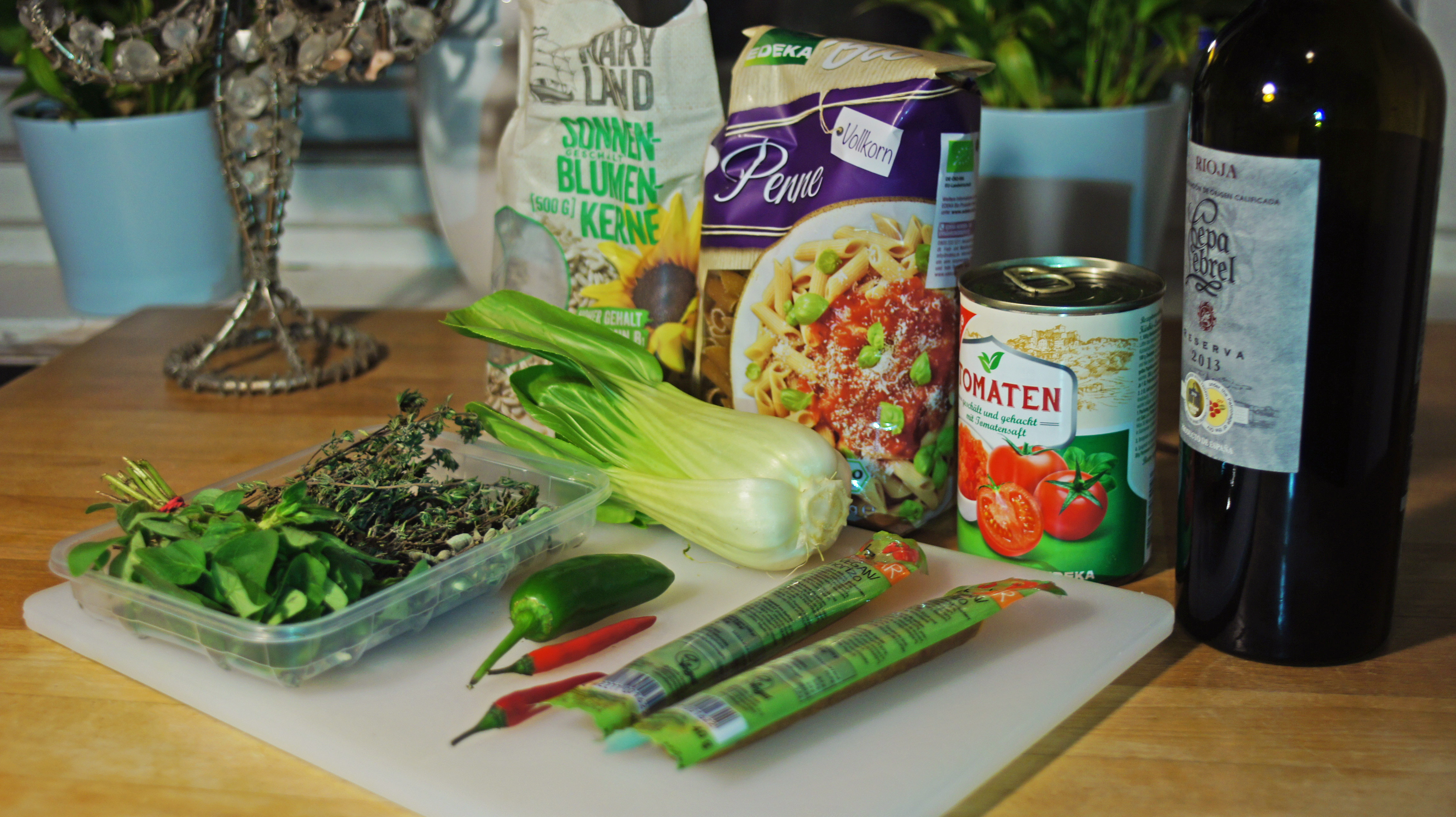 Namasté out of Berlin X-Berg

Here's what were gonna need: 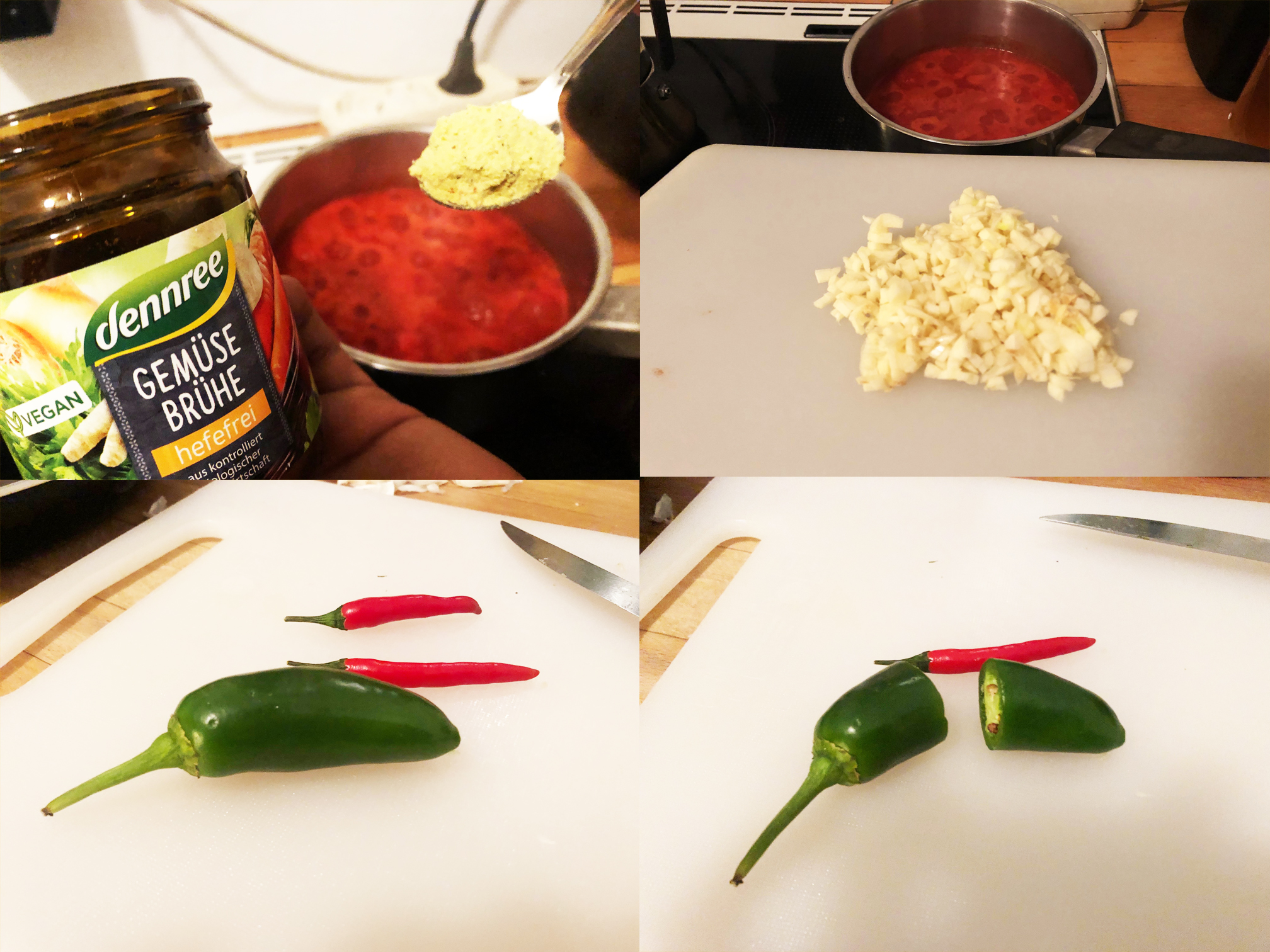 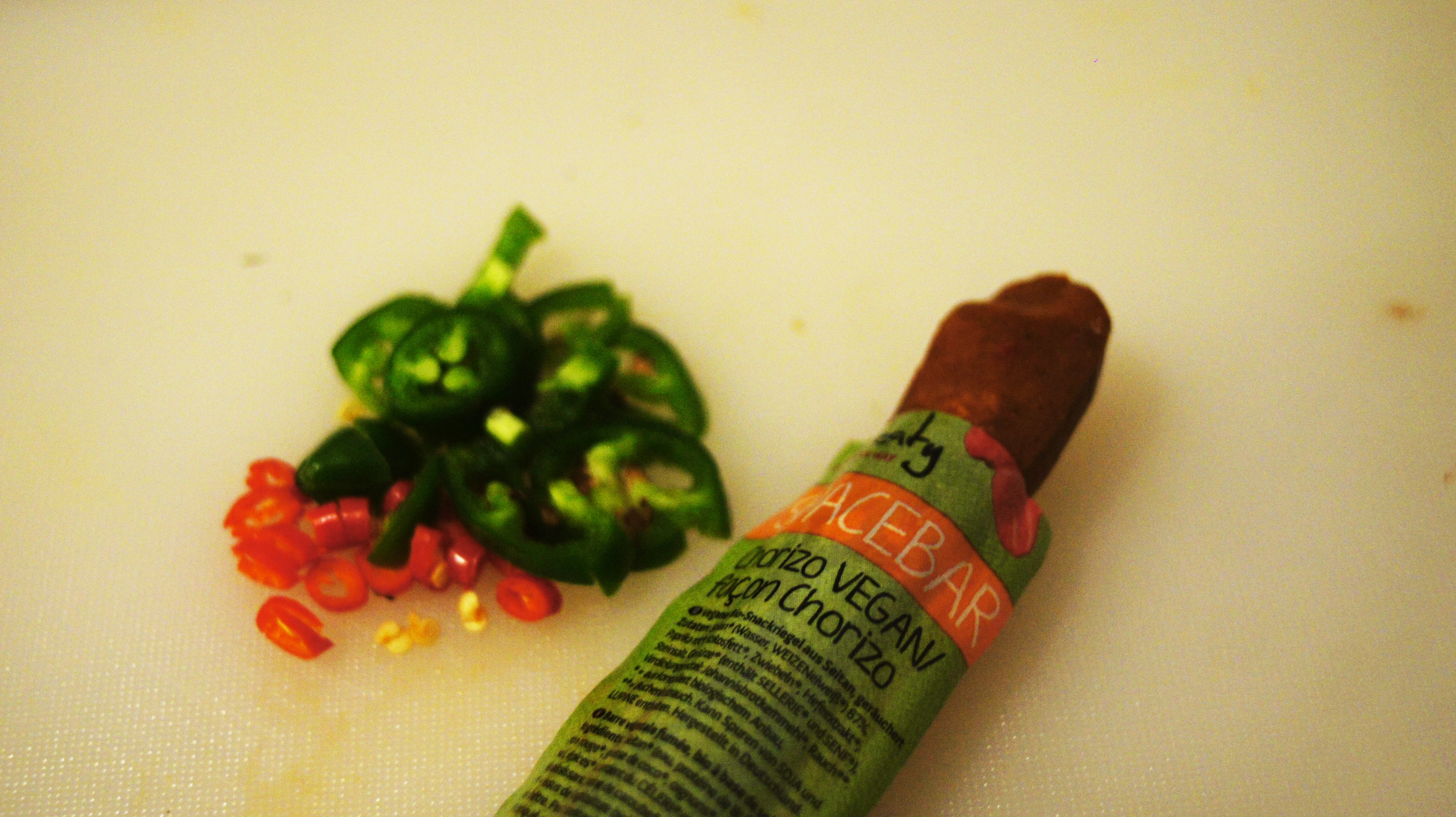 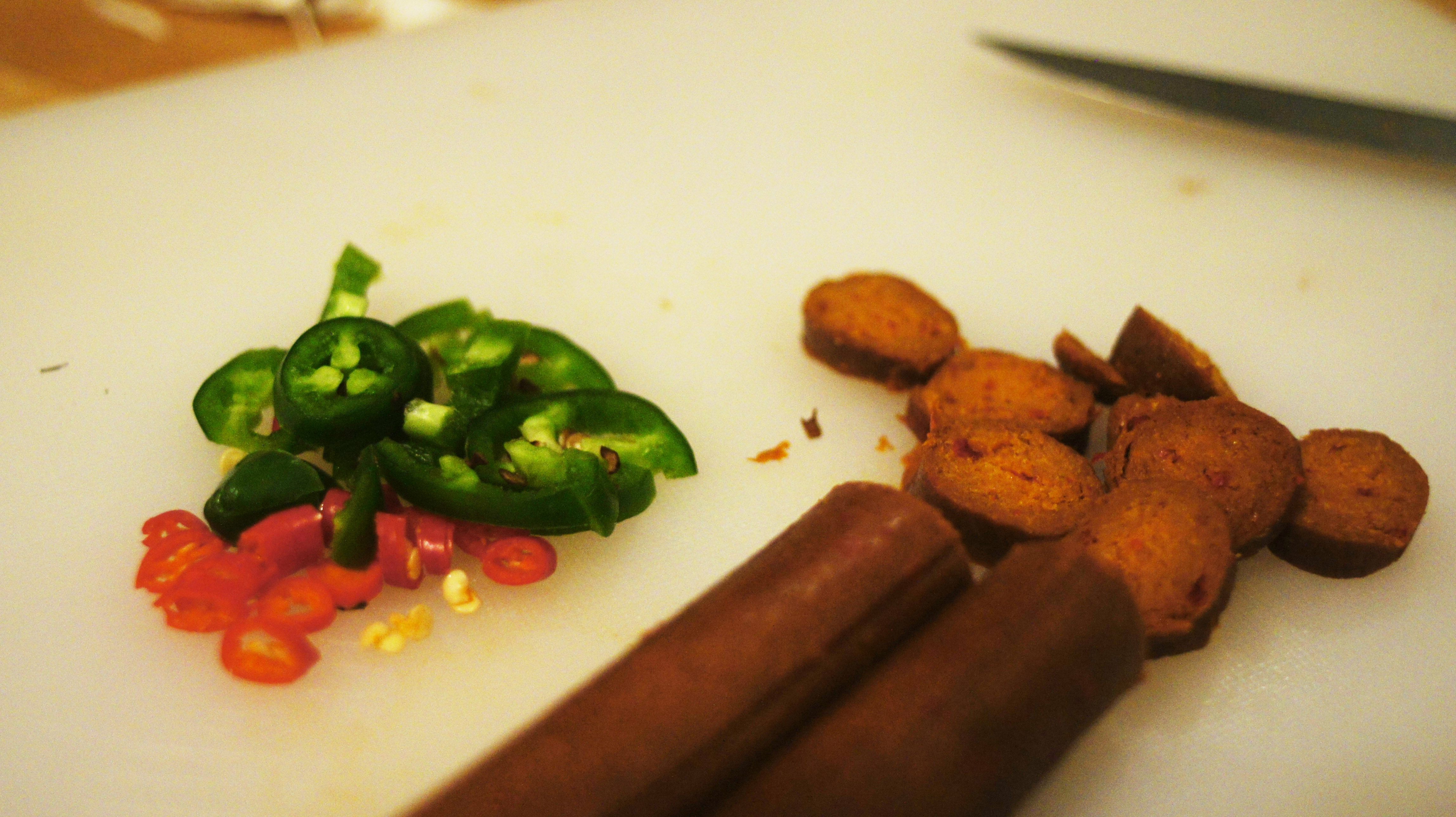 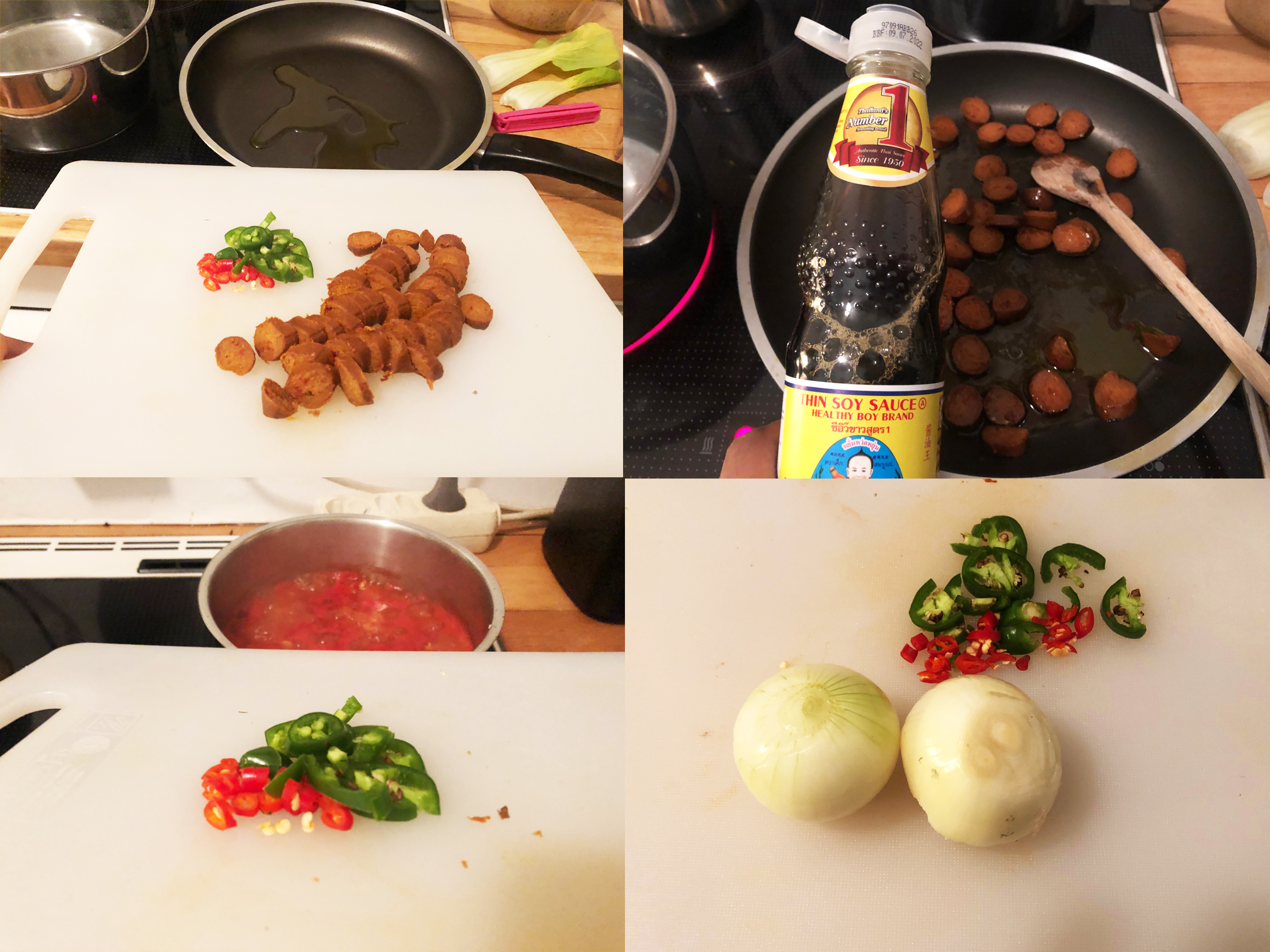 Slice Chorizo and add to frying pan.
Dice chili and add half to Sauce and other to frying pan.
Cut two Onions brunoise
Add a tiny bit of Soy Sauce to deglaze(only) 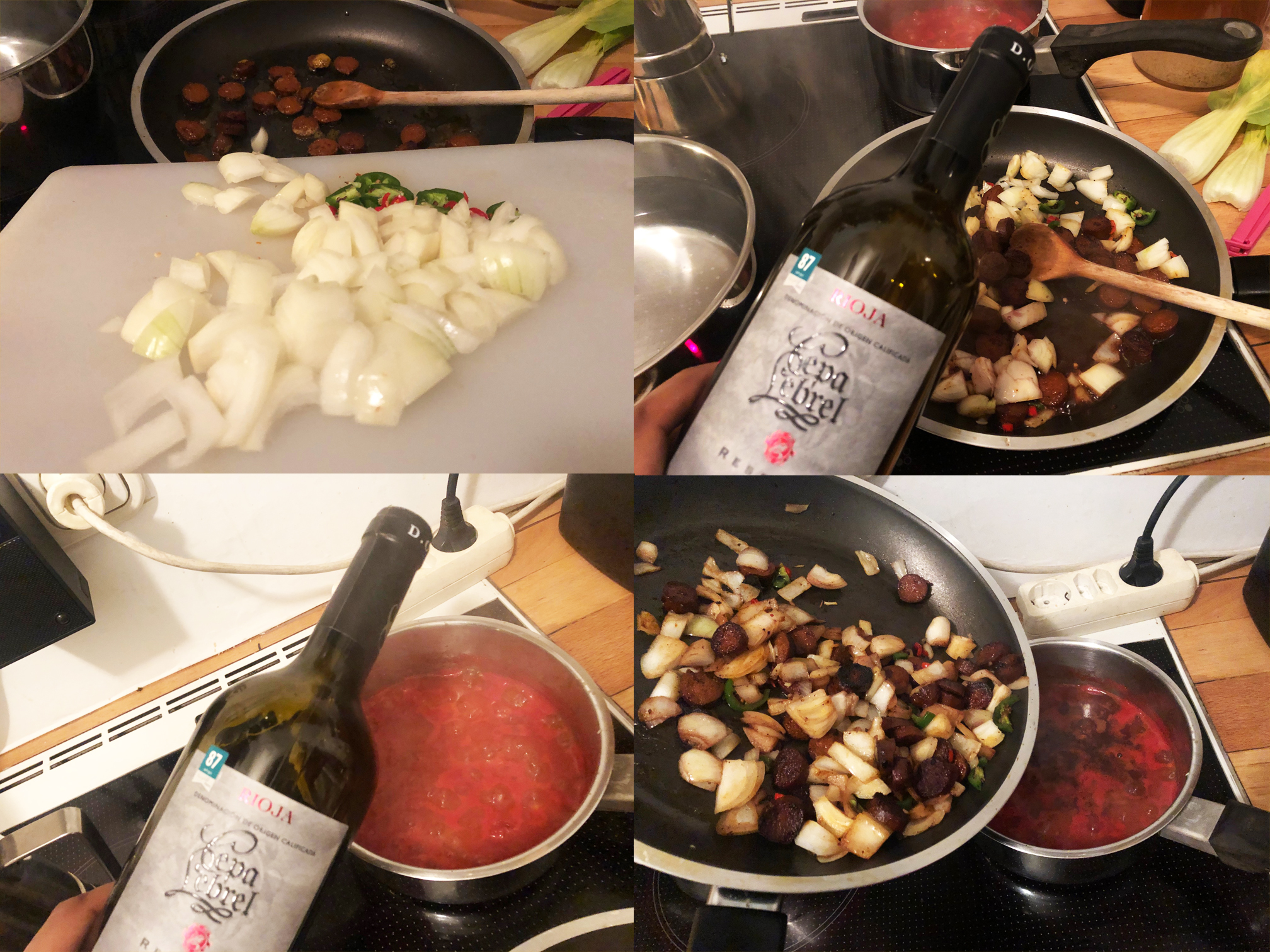 Now we are left with two pans and you should start boiling the water for the Penne...

The following part is optional 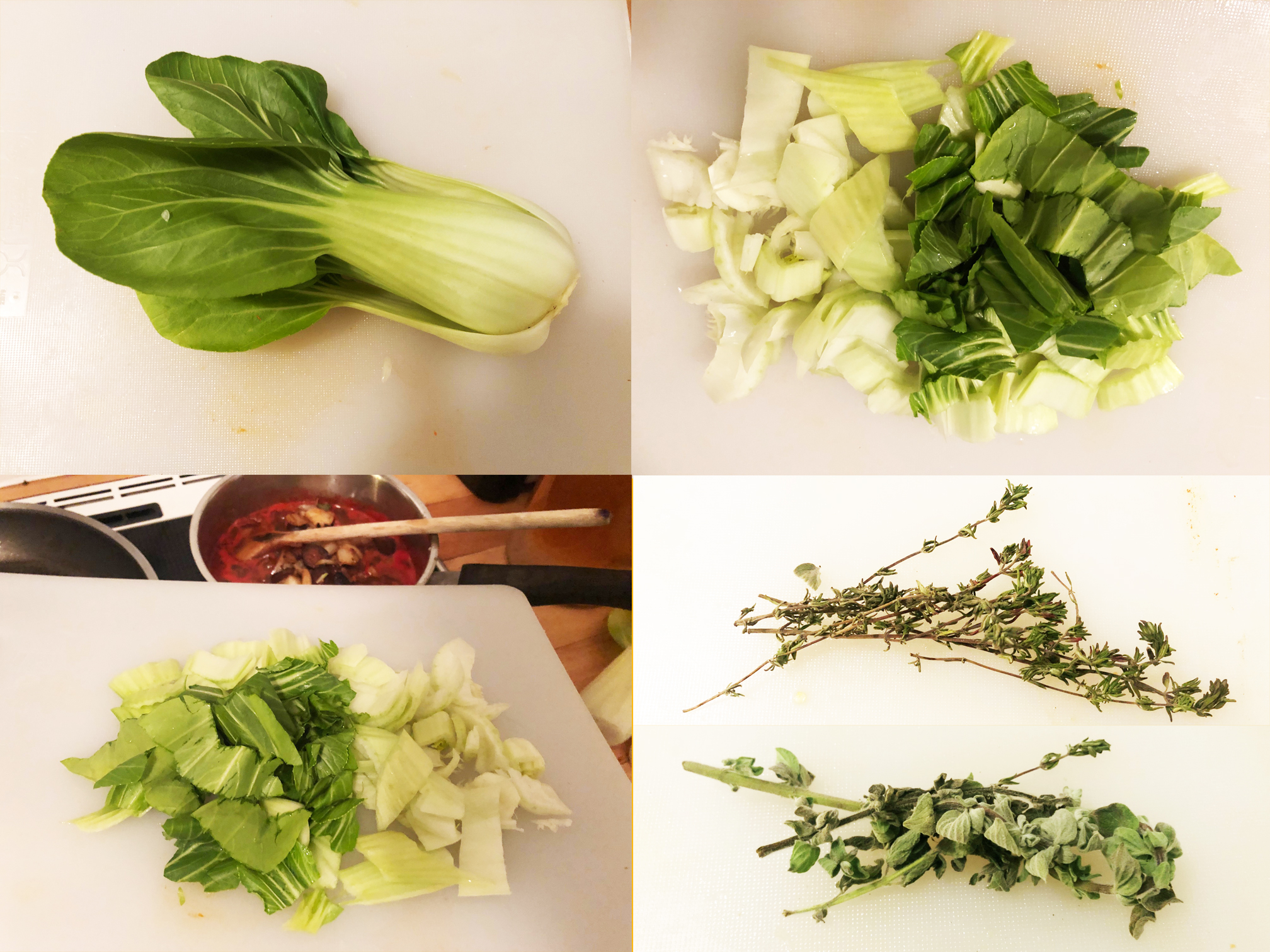 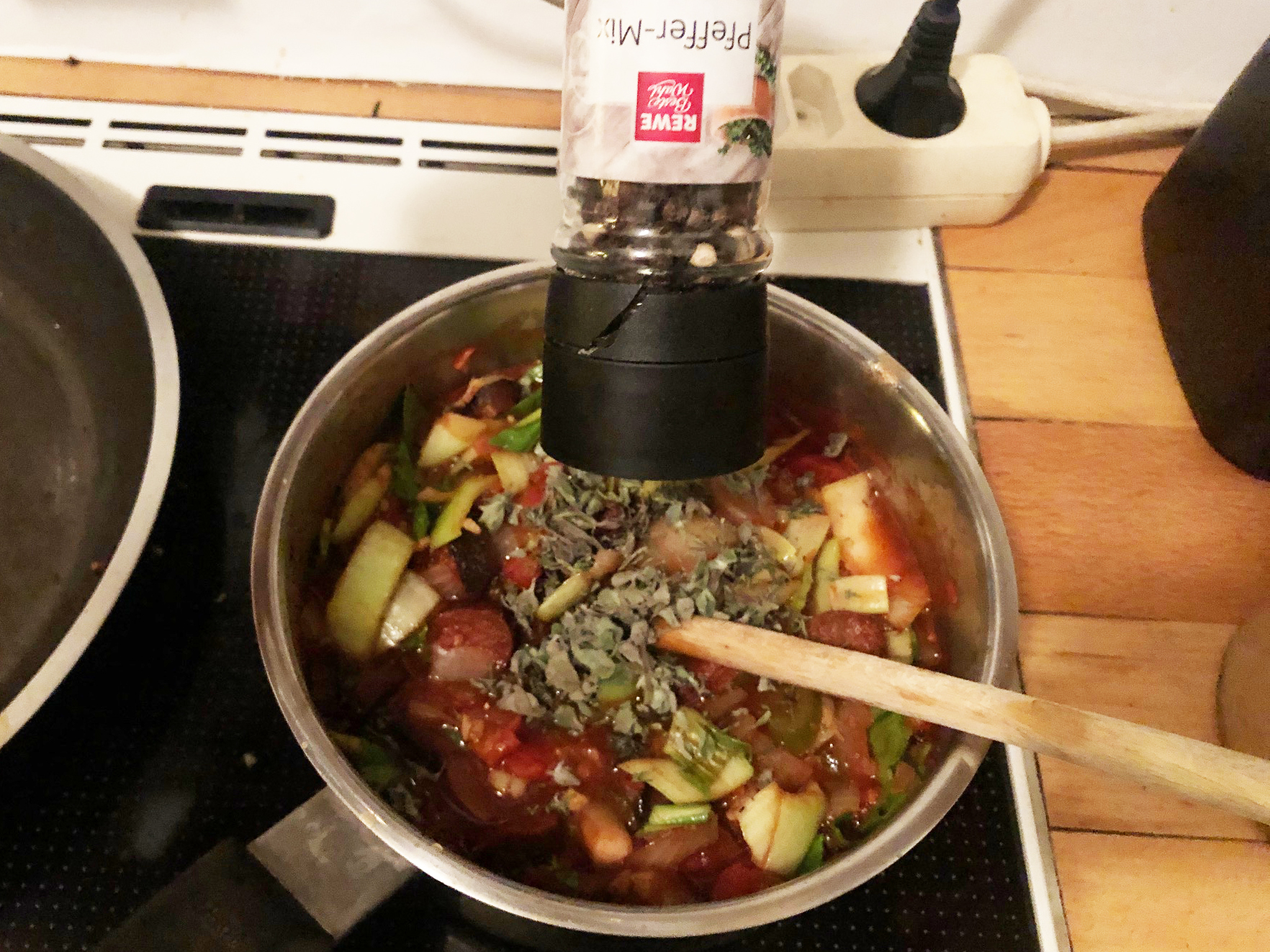 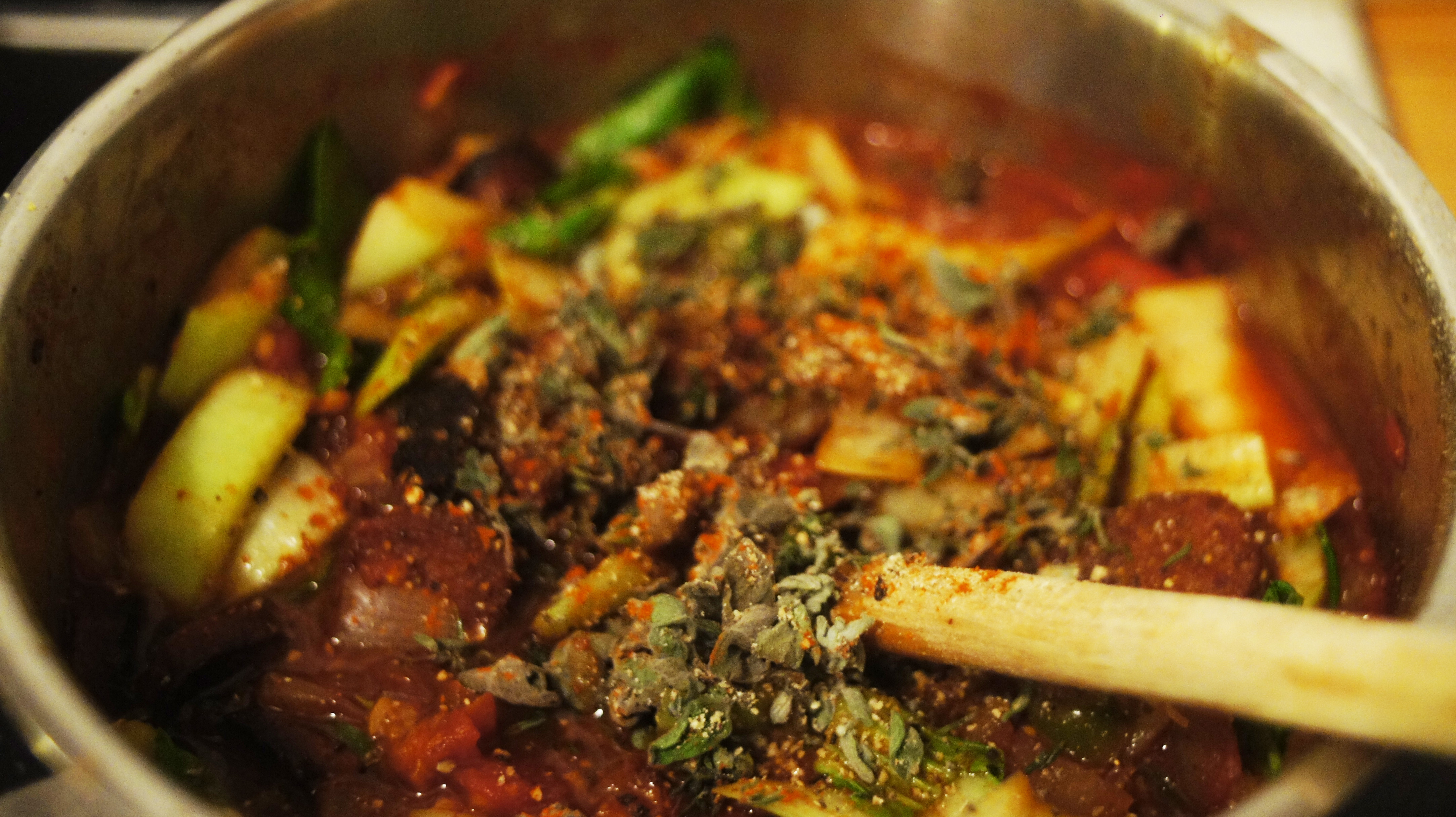 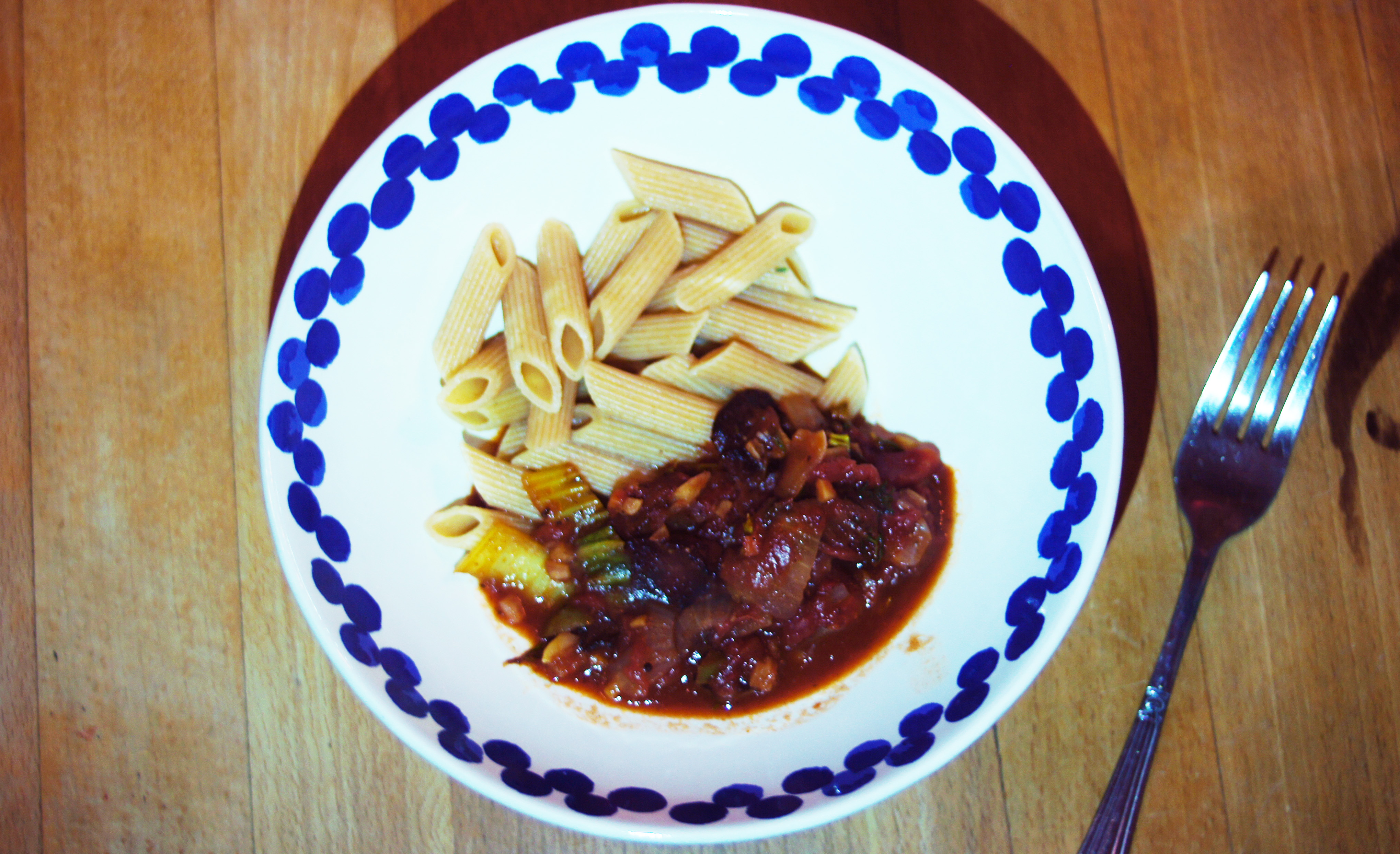 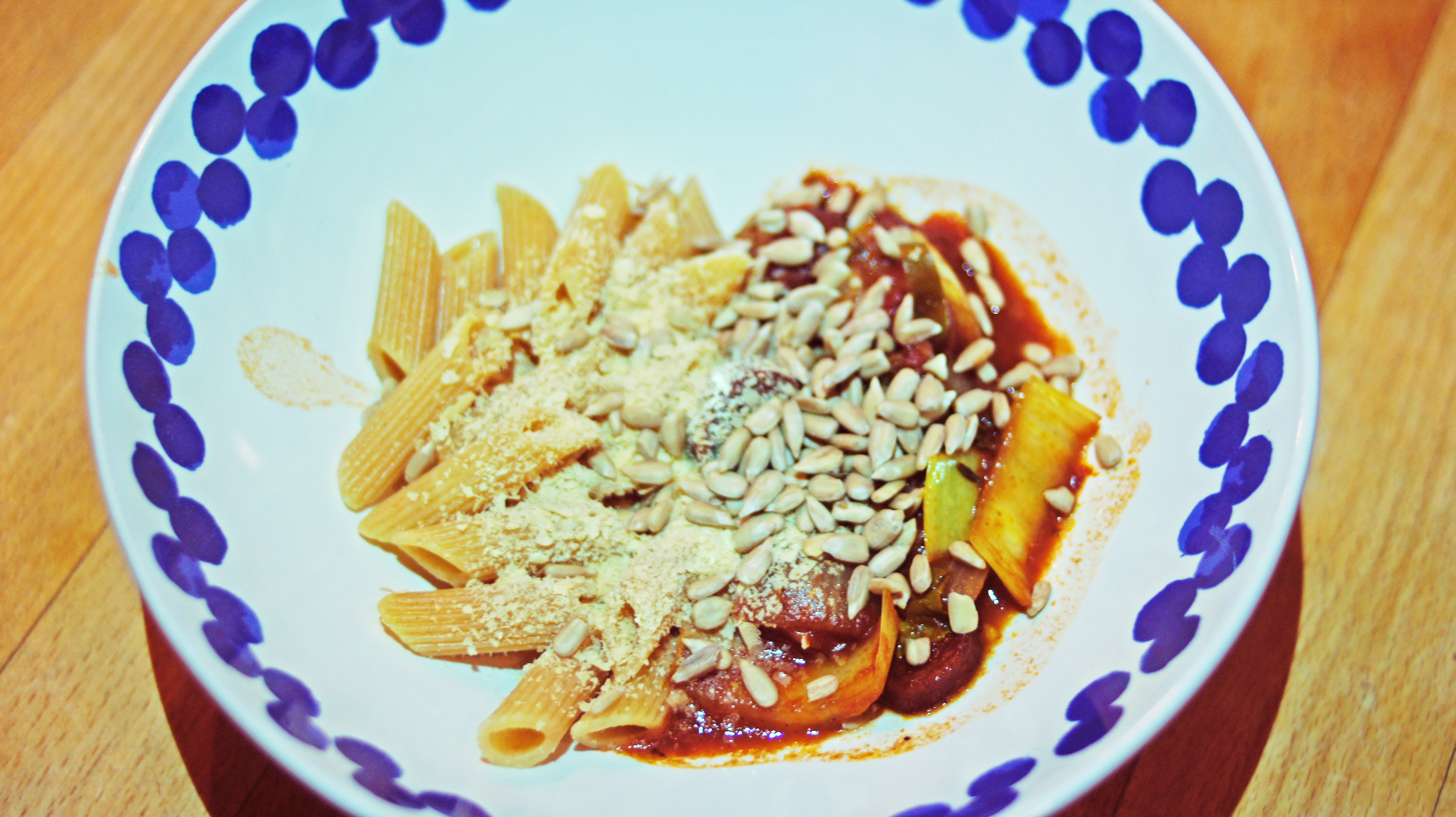 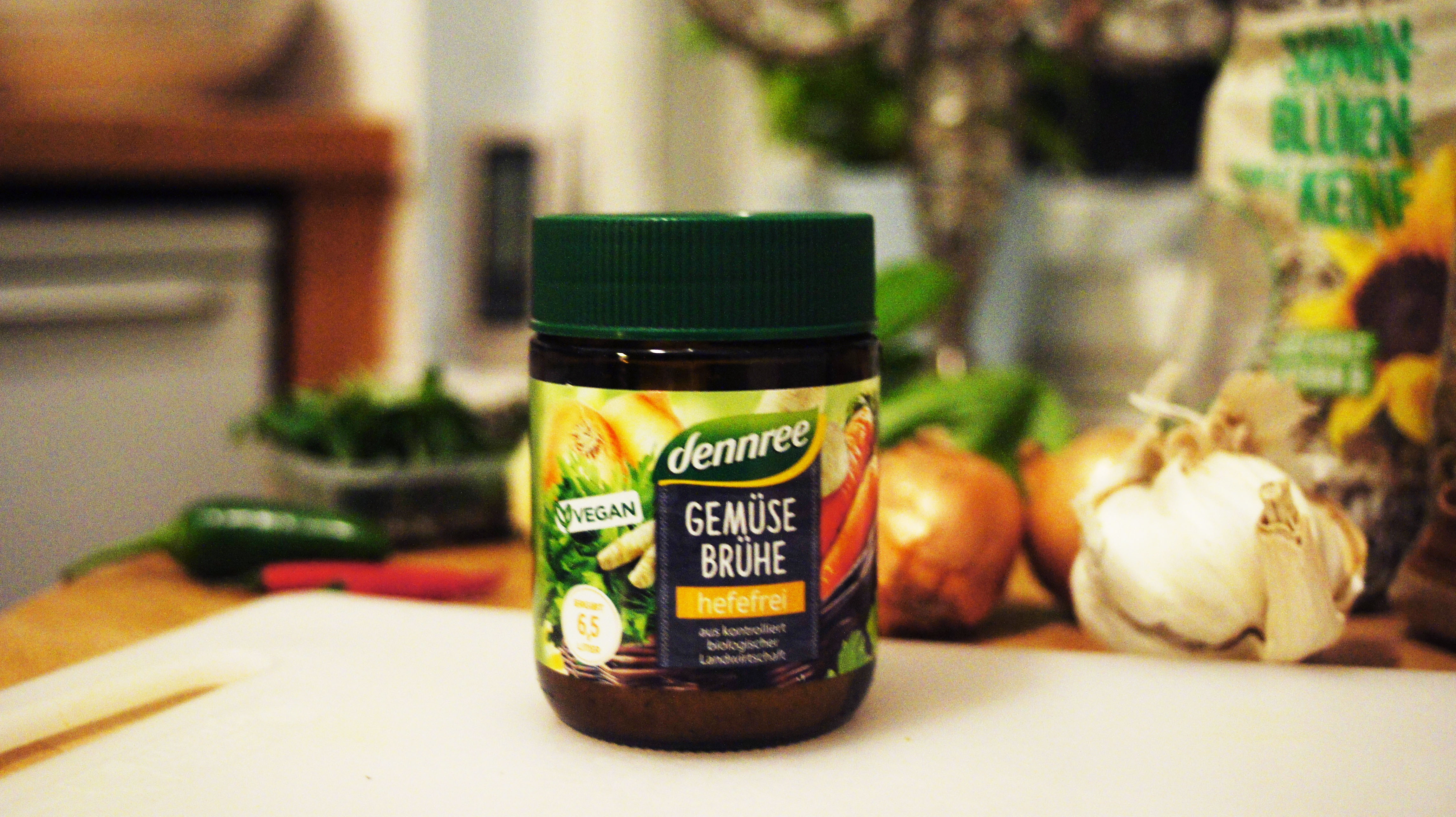 Using the Bouillon from Denns, I suggest another one, that's totally my favorite: 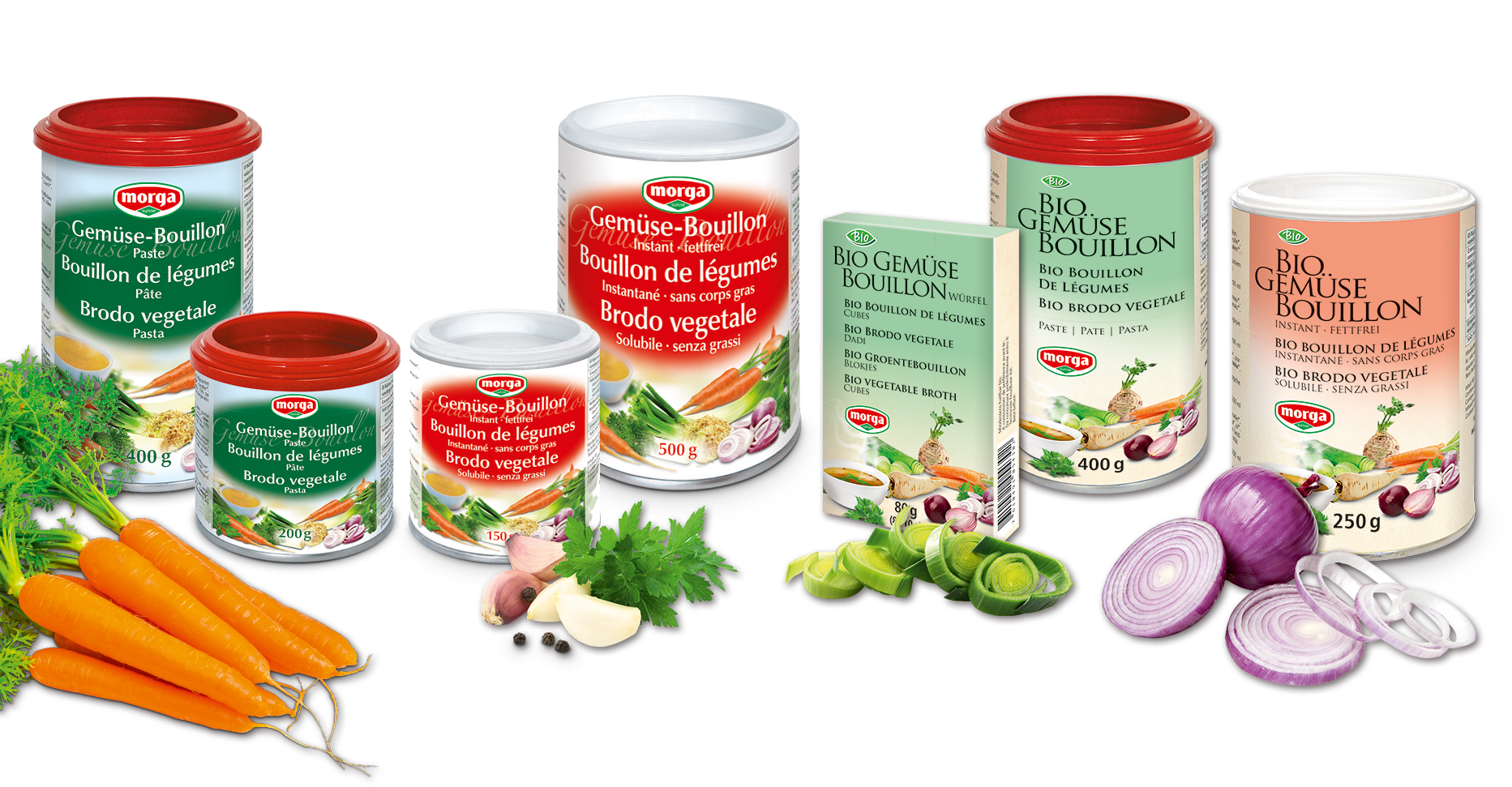 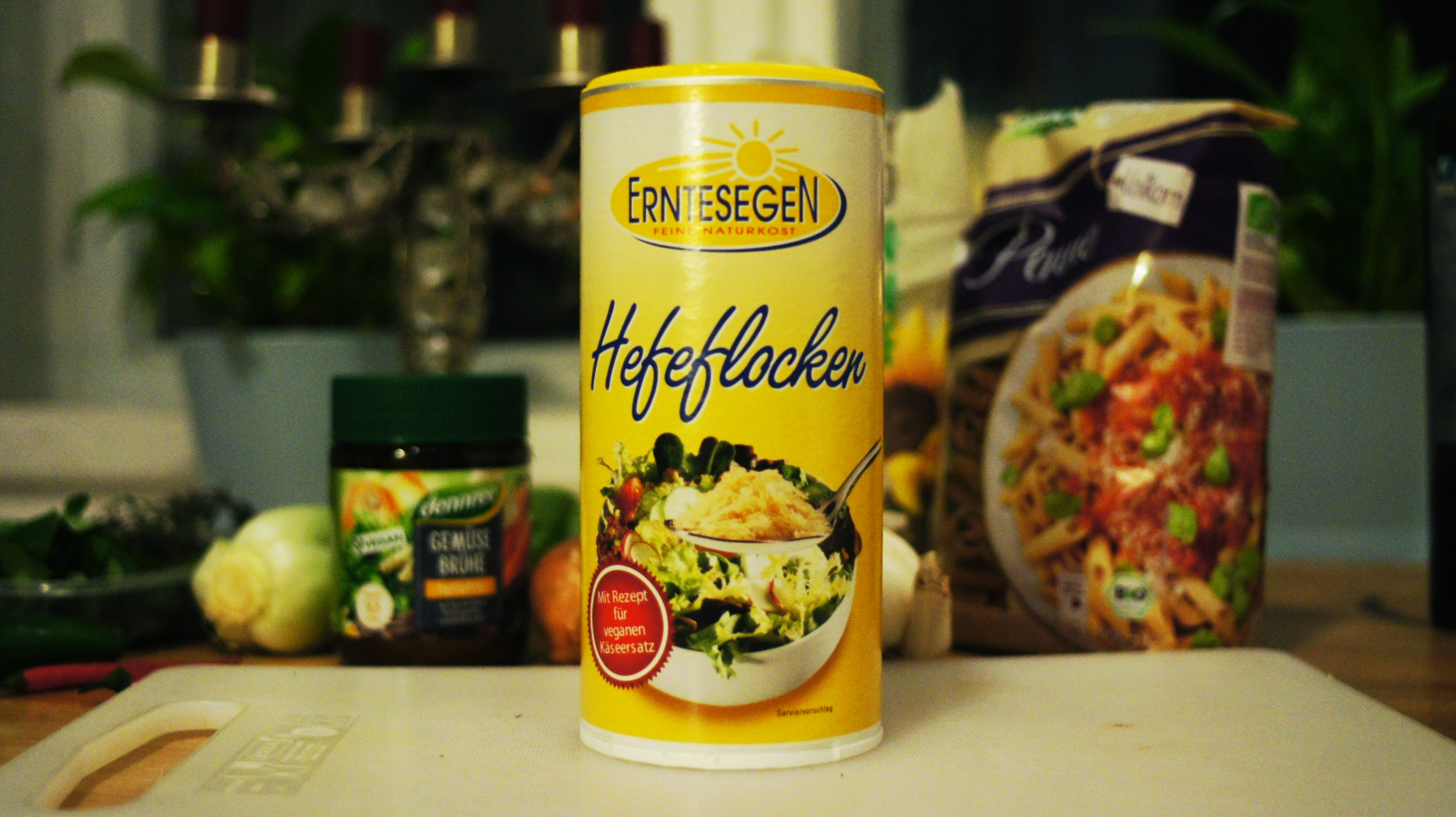 Also from Denns, Erntesegen, I recommend another one. 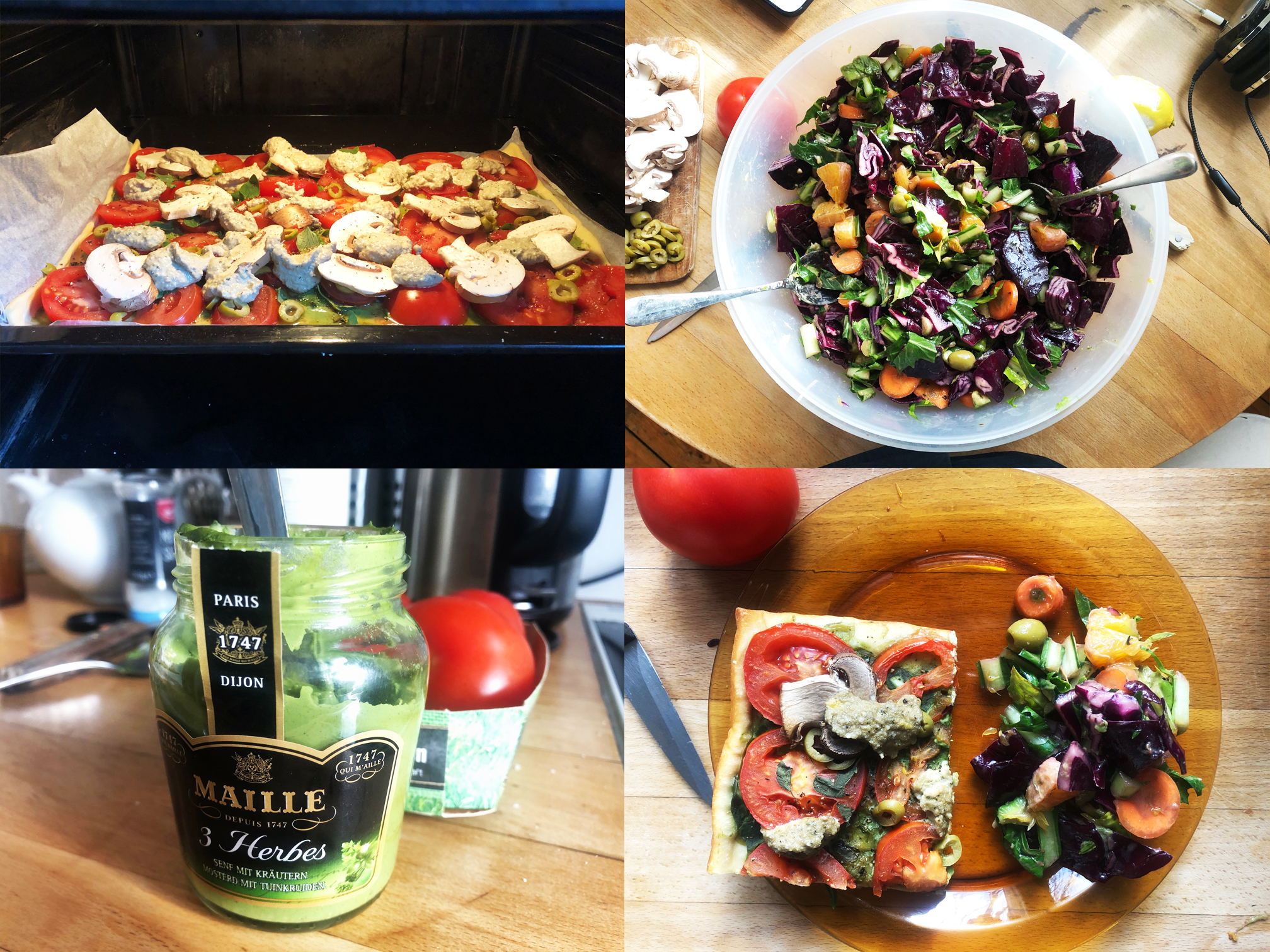 The above is a Tarte au Tomate with an unfermented version of the vegan sunflower ch**ze, some mushroom, olives and using a dijon mustard with chives, Parsley and Basil. Also made a Salad with Purple Cabbage, Oranges, Olives, Thyme, Carrots, Dandelion Leafs and simply vinegar, oil, black pepper and salt. One could add much more to that cabbage salad like mushrooms, various seed etc. of course 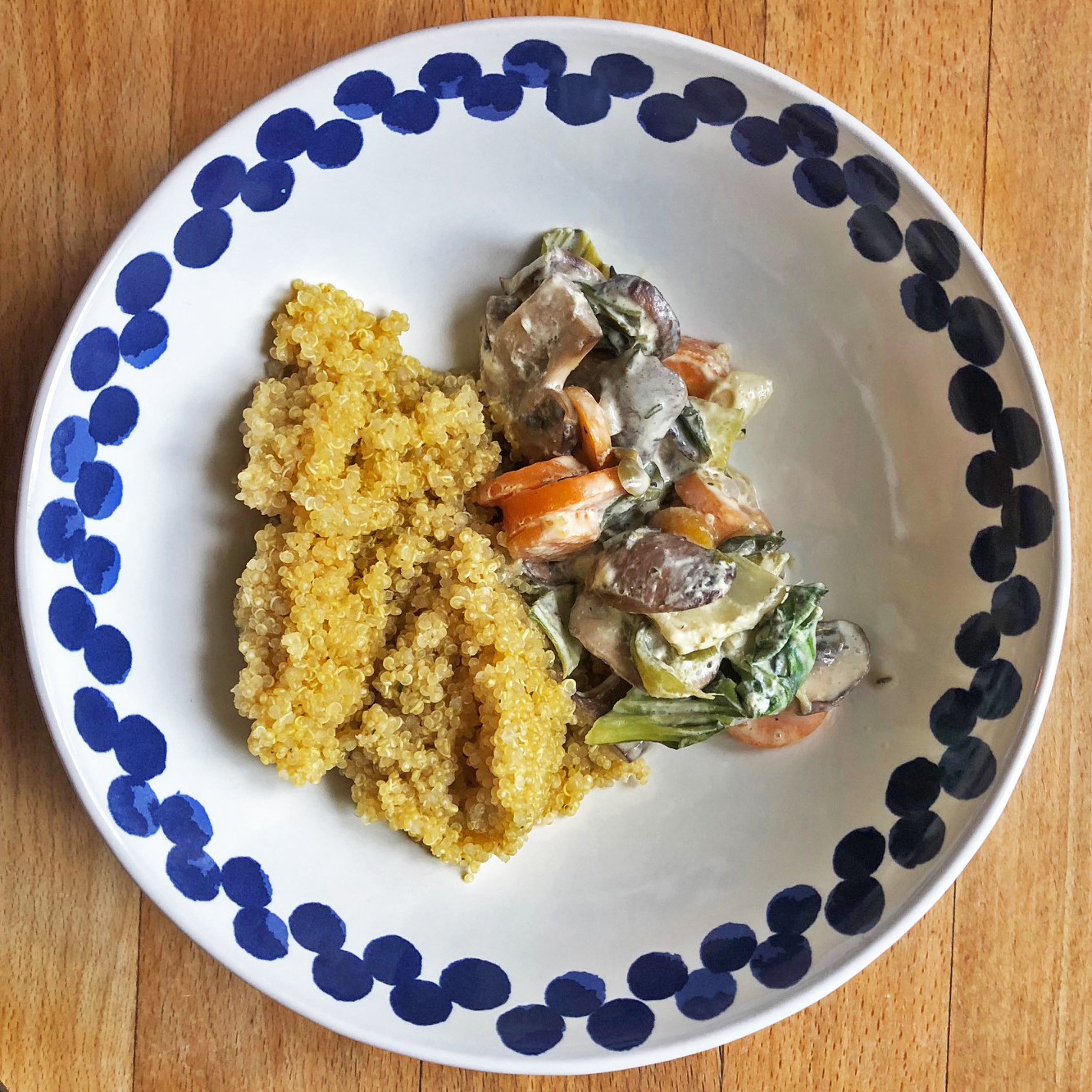 This morning I scrambled a quick breakfast that gave me another idea. I am hinting at the combo of Mushrooms and Pak Choi again.

Here are all my previous recipes, in case you feel like trying something else:

Thanks for stopping by. Writing out of Kreuzberg, Berlin today I was hanging out with @mamrita.

In search for divinity throughout life, we often miss that we are all an evident part of it. - Soan Shinobi a @yangyanje original