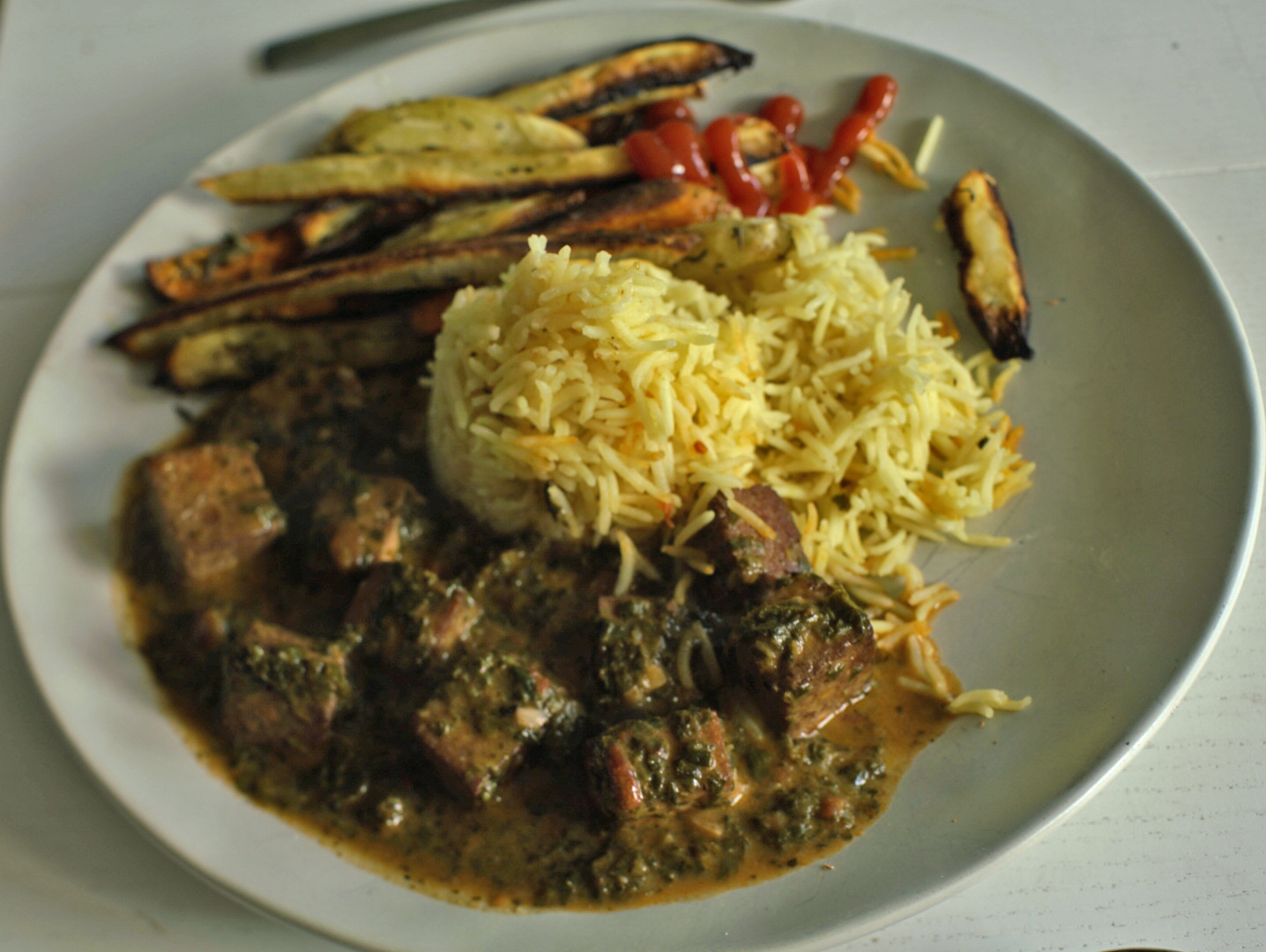 Spinach with Tofu and Sweet Potatoes

During almost 14 Days in the Netherlands with @vincentnijman, we cooked some really amazing freestyle meals. With so many delicious possibilities we tried to be as pragmatic as we could, but would not forgo on enjoying a great meal every time. Meeting at the #naturalmedicine Discord section of mindful life it is truly inspiring being around people who aspire practicing mindfulness and implementing care for details in their daily actions.

The odd thing about vegan food is that many used to conventional and traditional food are very surprised after eating good vegan for a while, because they notice that they aren't missing out on anything in a plant based diet. I usually miss a lot of flavour in the food other people cook. Whether Italian, Mexican, Chinese, Vietnamese, Indian or Thai. I make sure they rather notice that they missed out experimenting more with food. Now days I get so surprised myself from the variety of healthy products available to vegans. Taste wise processed products but also ingredients to engineer them are readily available and will increase in time. I have to really also give it up to Vincent, who tried being mostly vegan for the entire time we spent together In the Netherlands, Berlin and Zurich. He was so open minded towards trying new things and I hope I could bring the culinary versatility of Vegan food closer to him. During my time with Vincent I also discovered a recipe for vegan ch**ze made from seeds(nuts), which I will also share on this blog soon.

Firstly I would like to point out that this is a recipe that is actually many recipes mixed. One is a very special Spinach that I have to give my Mom credits for, because she used to make a similar Vegetarian version when I was a kid. The vegan version is very delicious.

Firstly I fry the Tofu for a really long time, 45-50min in a pan with Olive Oil and keep adding Soy Sauce and Cayenne Pepper. 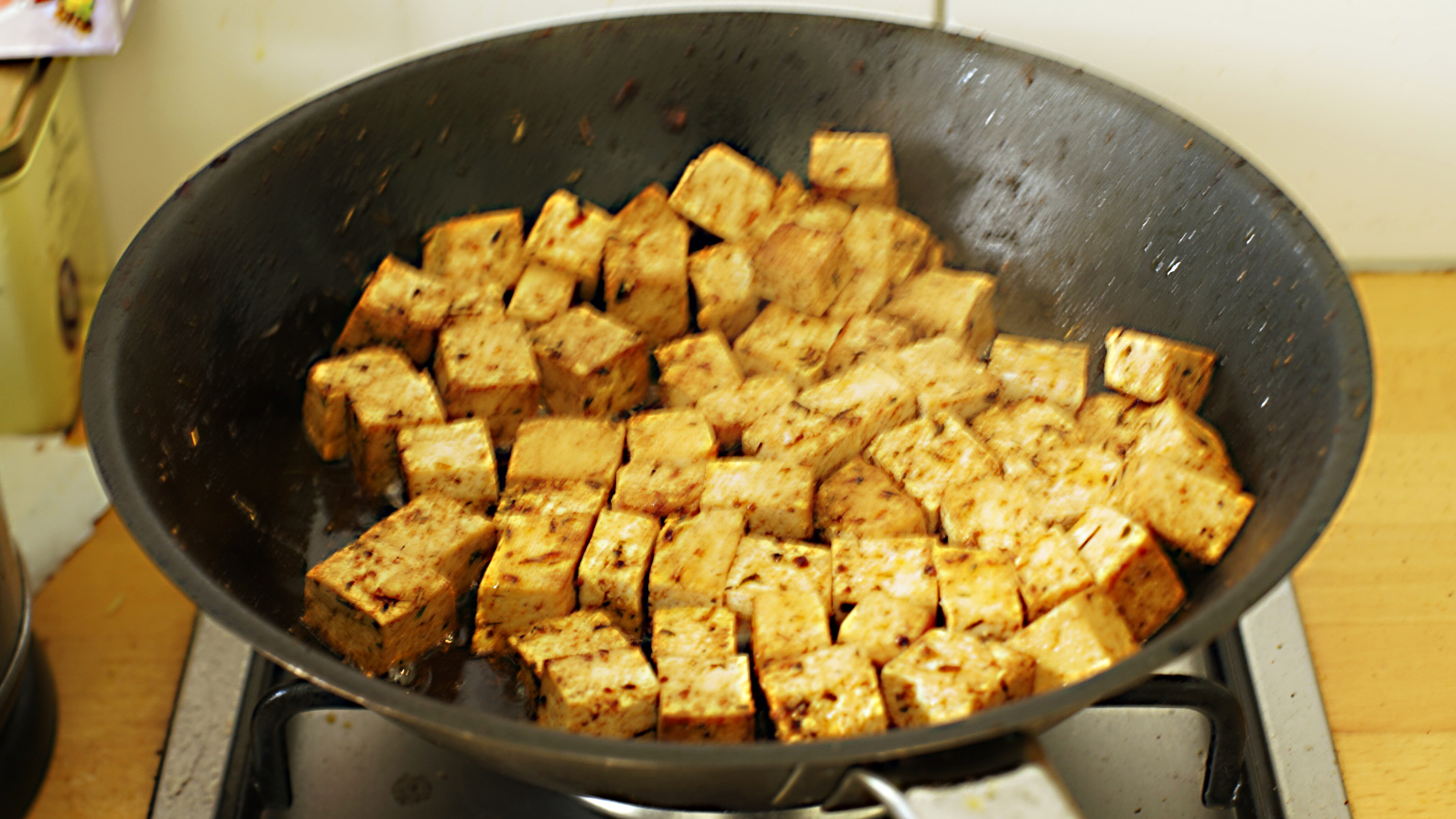 I chopped up some Mushrooms, onions and added them as well. 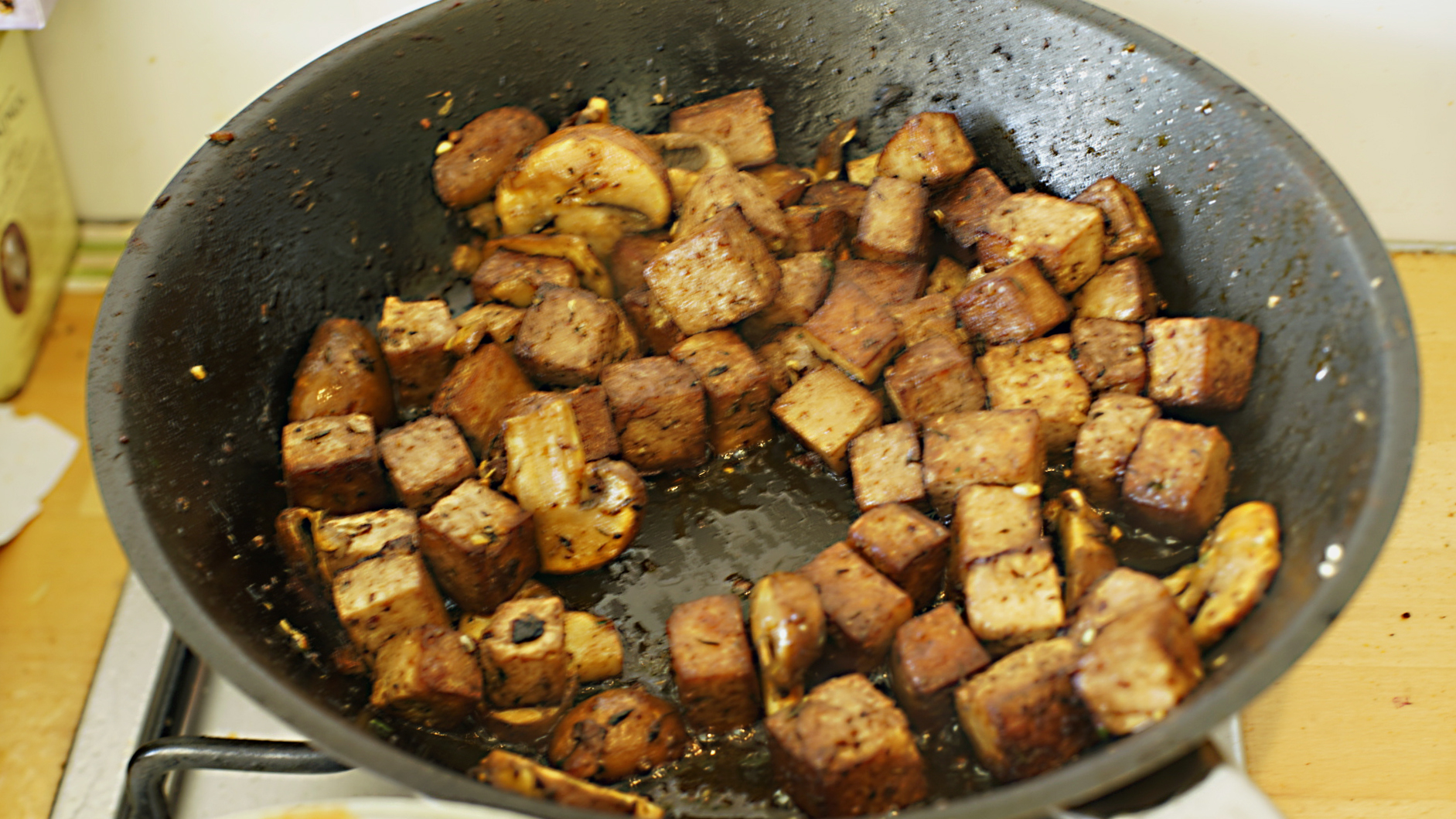 Meanwhile, I put some Tinned Tomatoes in a pan and started cooking it with some Olive Oil, Bouillon(organic vegetable stock) and later added some Garlic and Ginger. 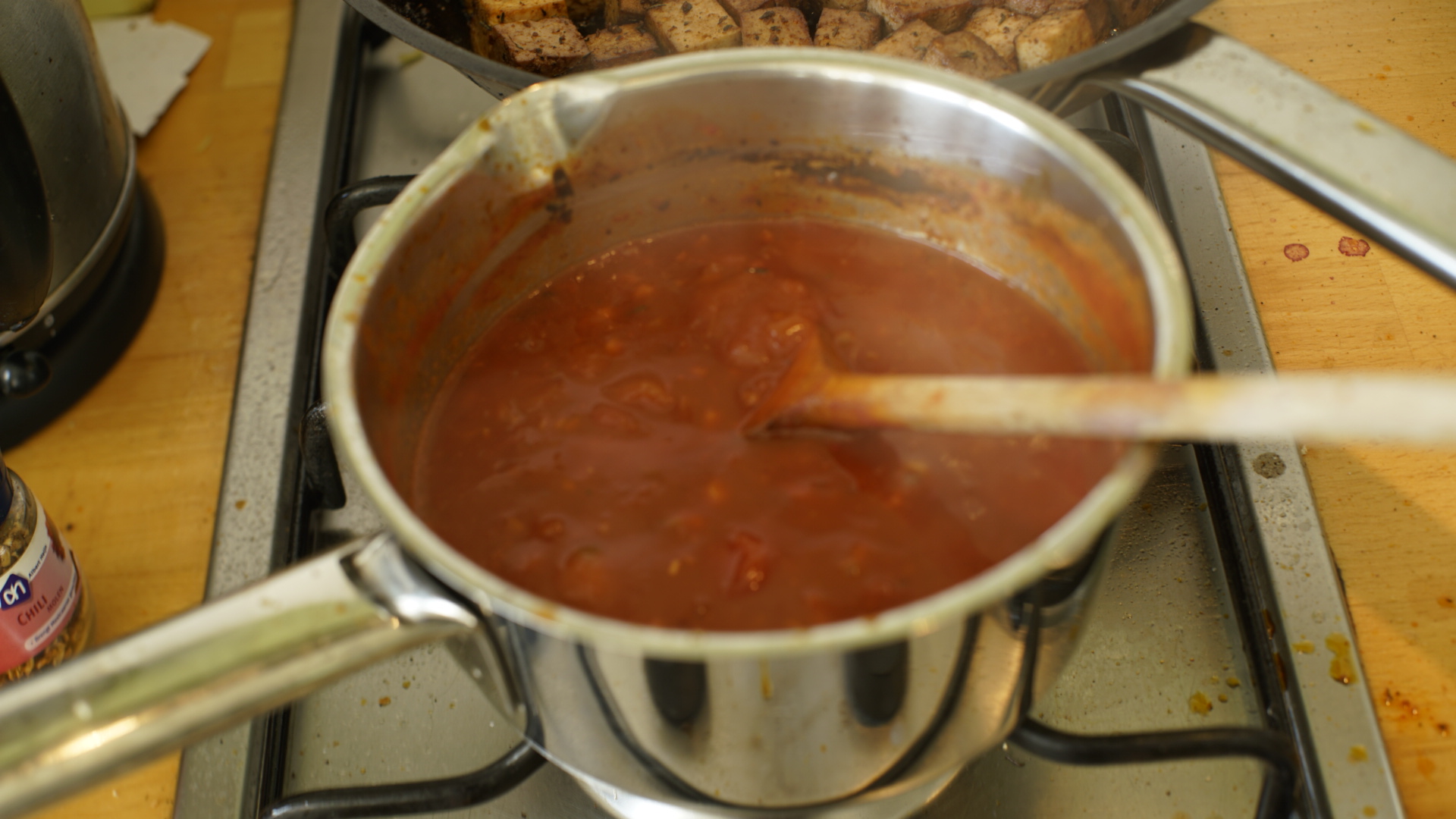 After a bit of cooking(45min), I added some Spinach (frozen in this case) it's better to use fresh Spinach 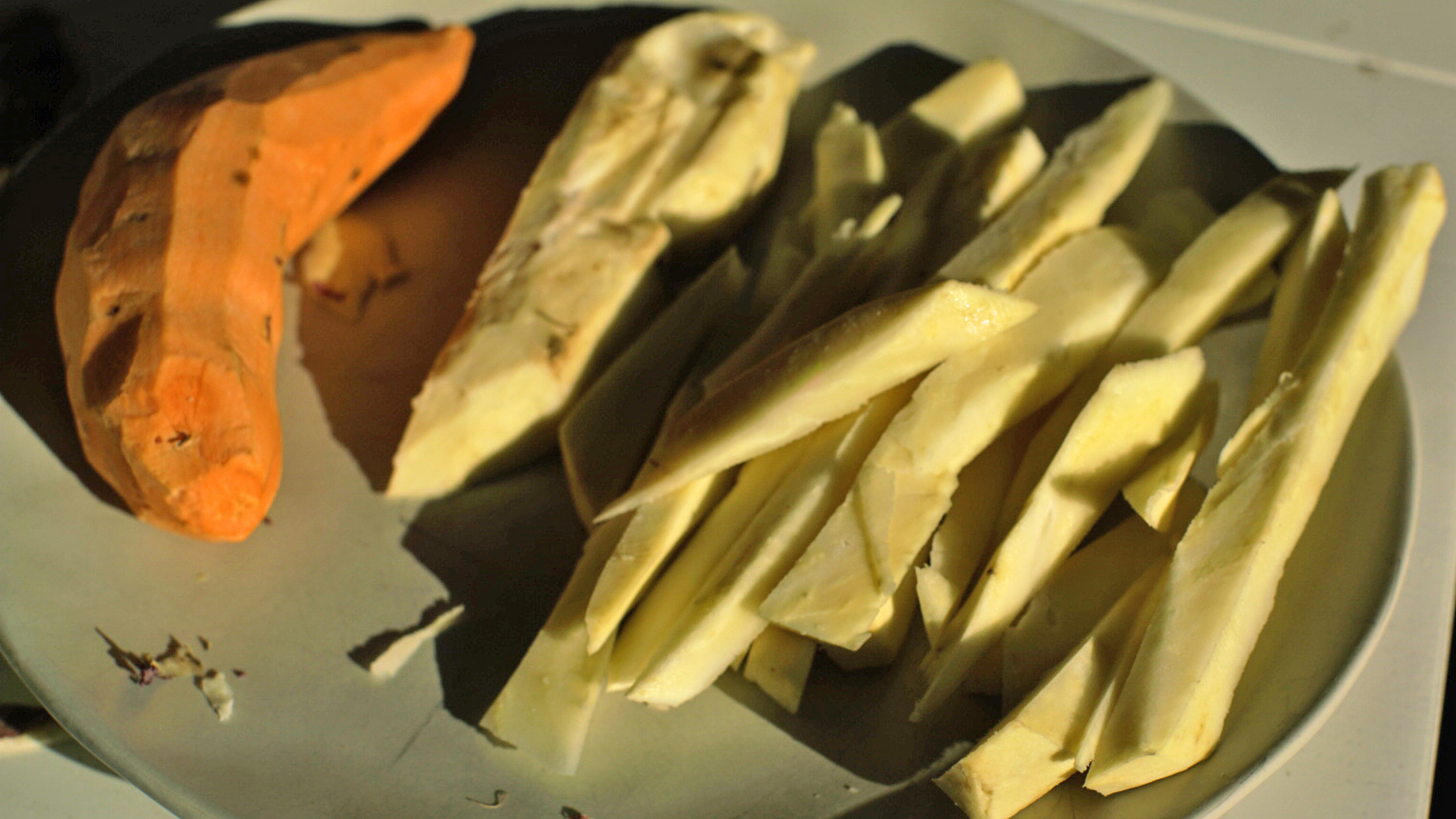 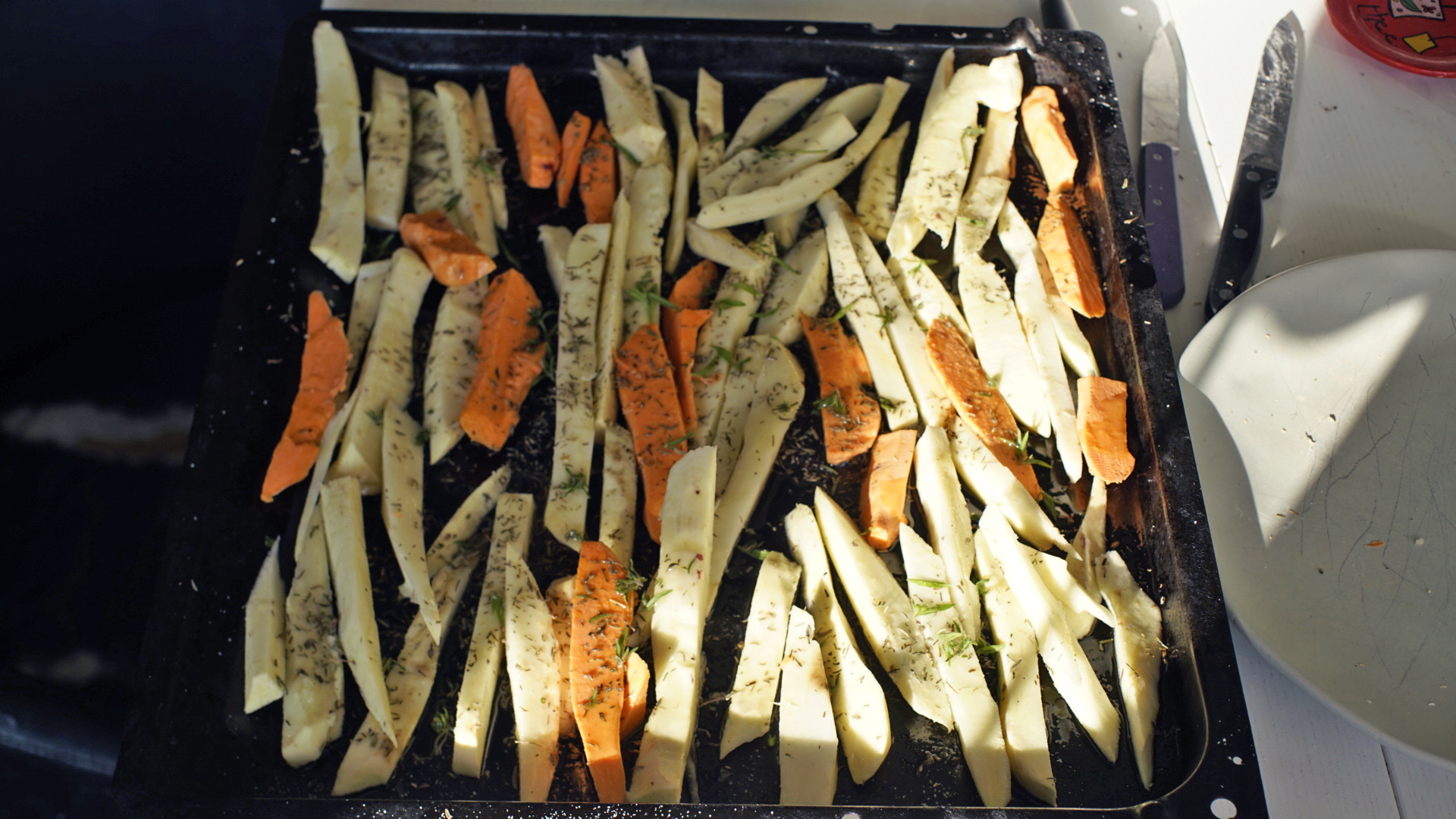 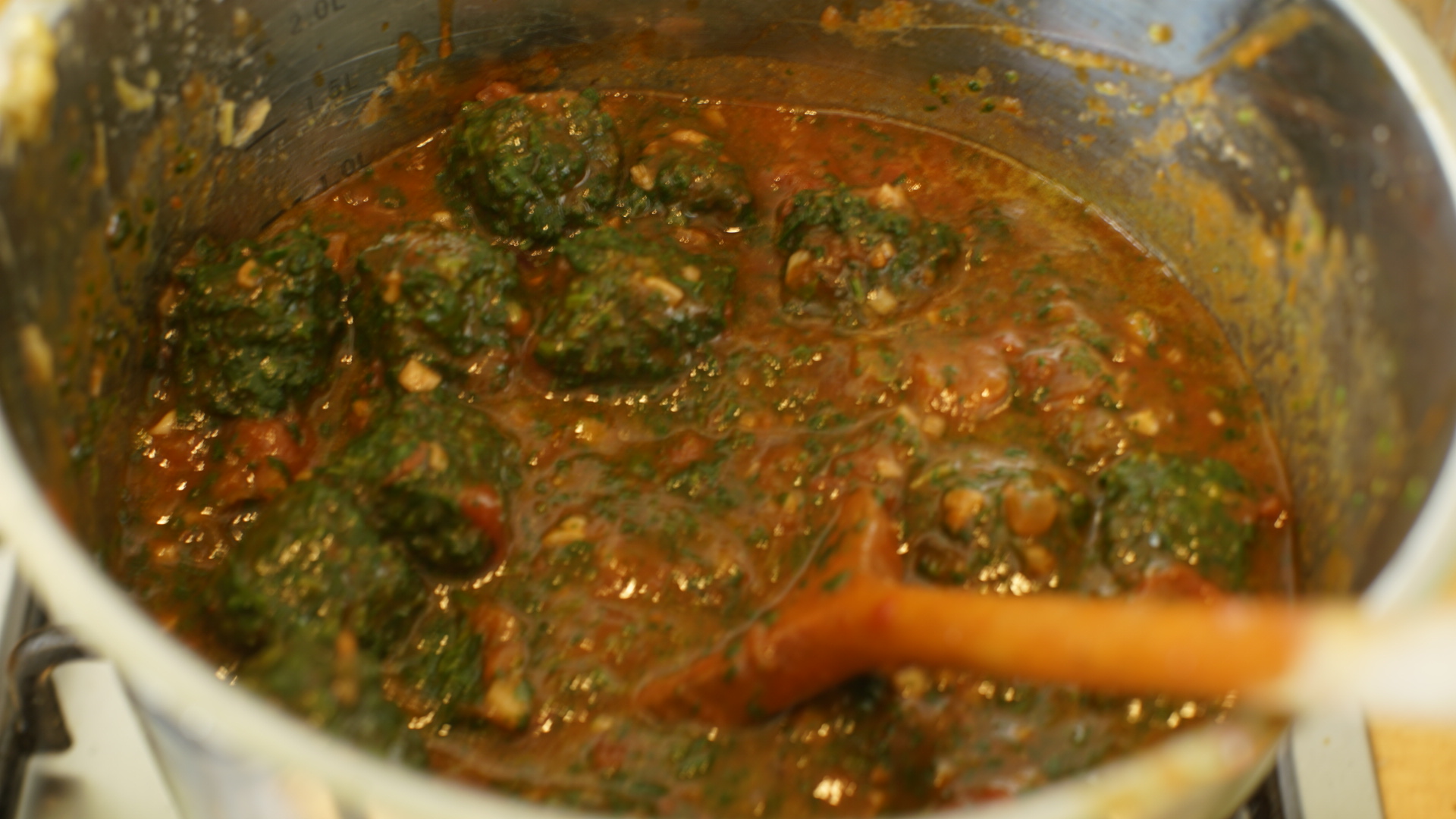 Next one should not wait too long before adding the Coconut Milk. I also made some Basmati Rice, where I added some Turmeric(a pinch/tiny bit on a teaspoon). 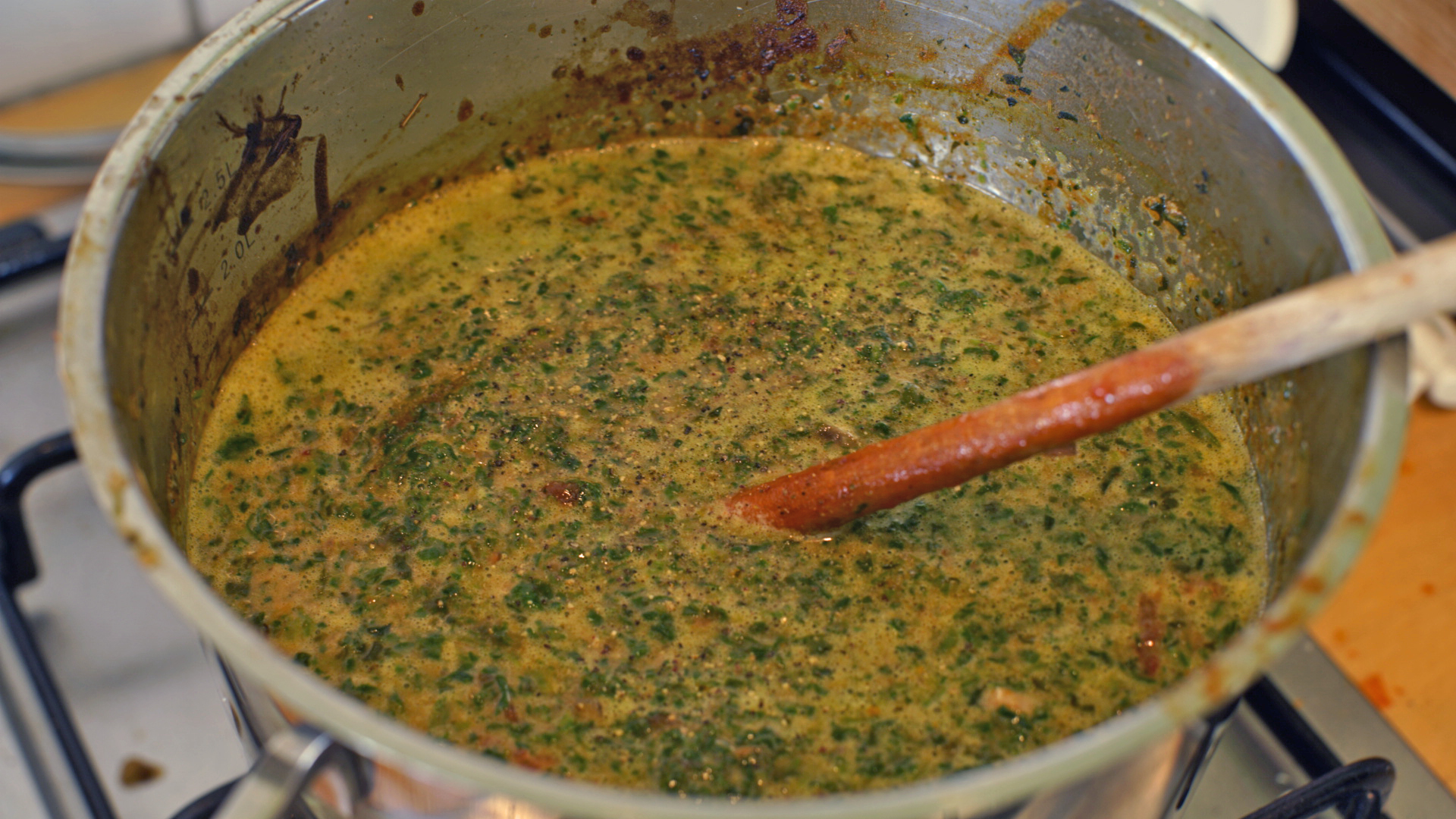 Now you can also consider serving the Tofu separately, as they actually don't go into the dish. I added them, since out side dish was Sweet Potato fries.


Spinach with the combo of 1-2 Cloves of Garlic(in a Tomato Sauce), Onions and Ginger is seriously amazing. You add the Spinach to the Sauce and top is with Coconut Milk and add some Pepper. You can also add a Masala which is known in the west as Curry according to your preference. 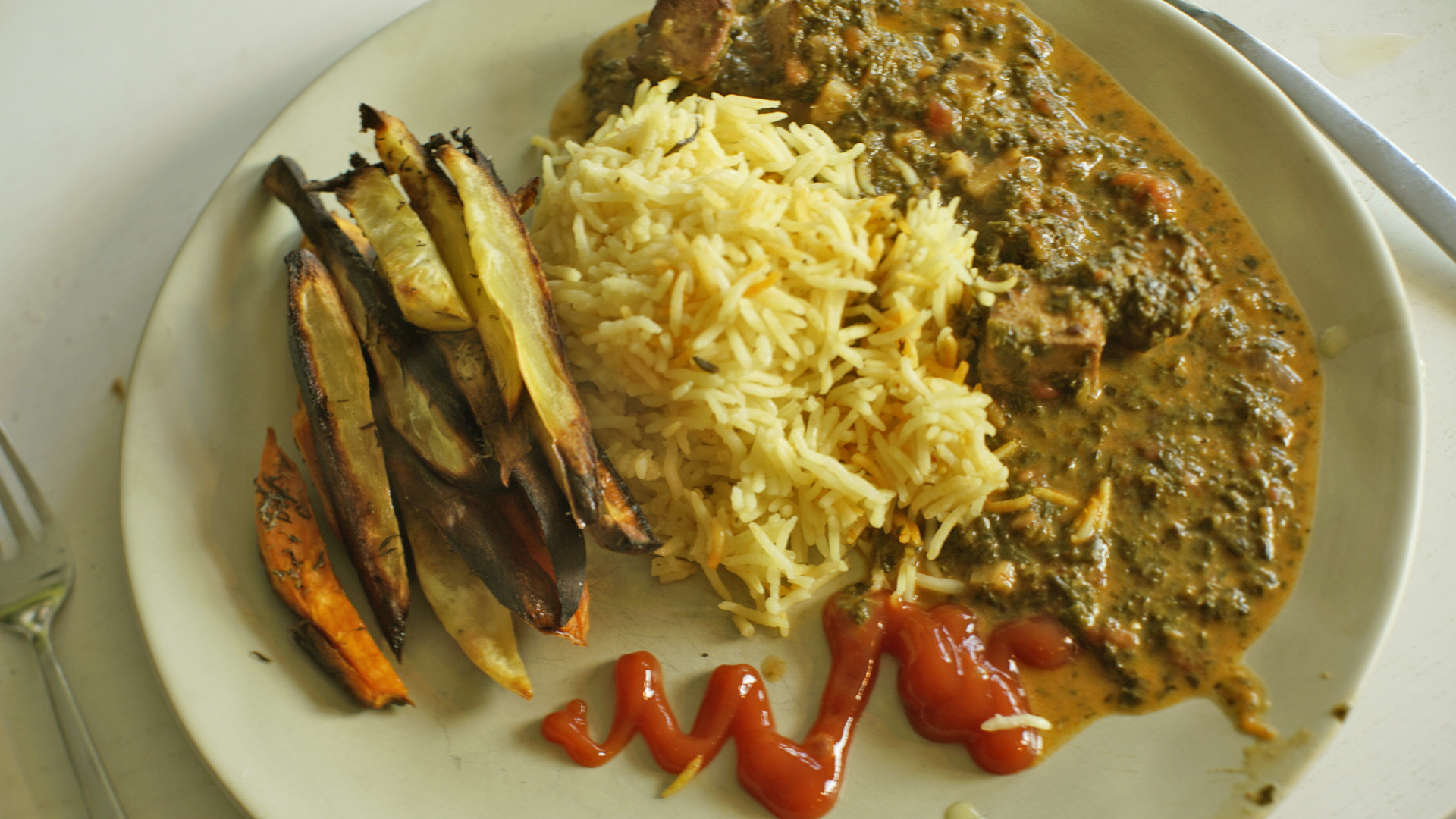 I added some Thyme, Paprika Powder, some Garlic and Onions and a few drops of Soy Sauce. 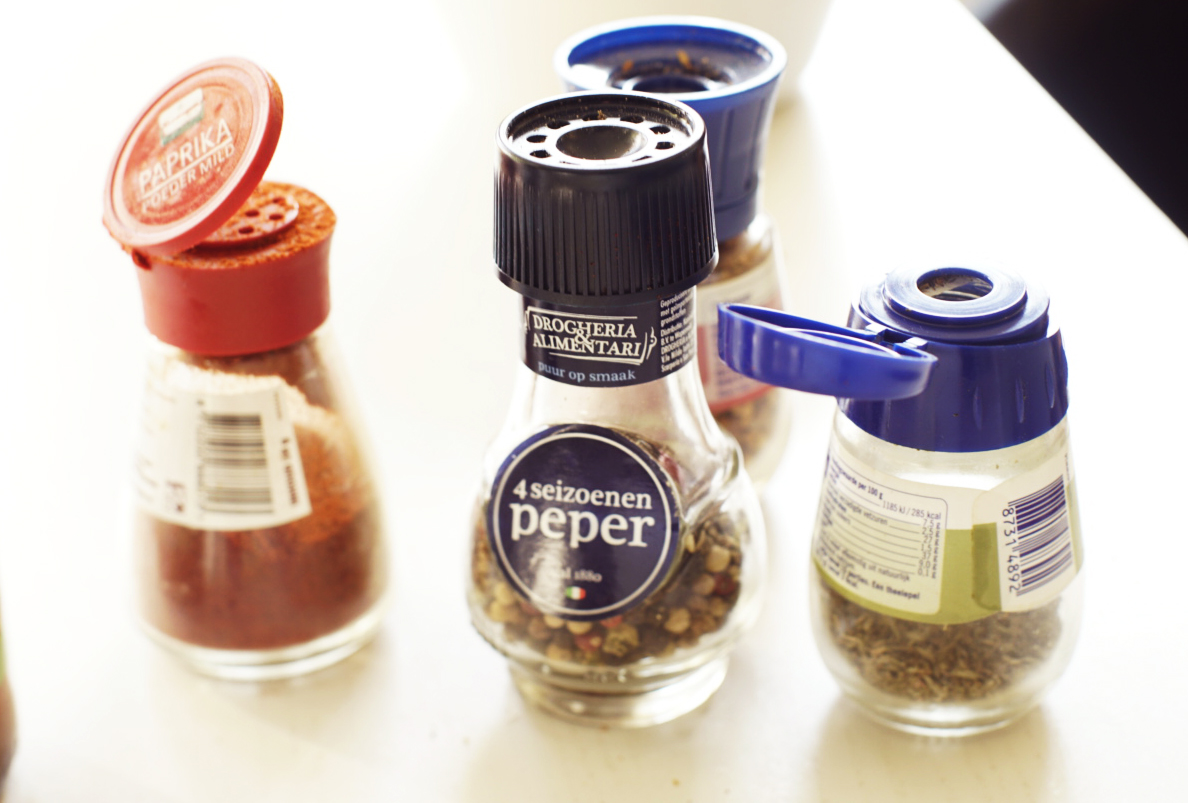 Basmati Rice is double the amount of Water, where as I would do Jasmin Ricewith 1.5x the amount of water than rice as measure. I added a pinch of Kurkuma/Turmeric powder for some yellow color. 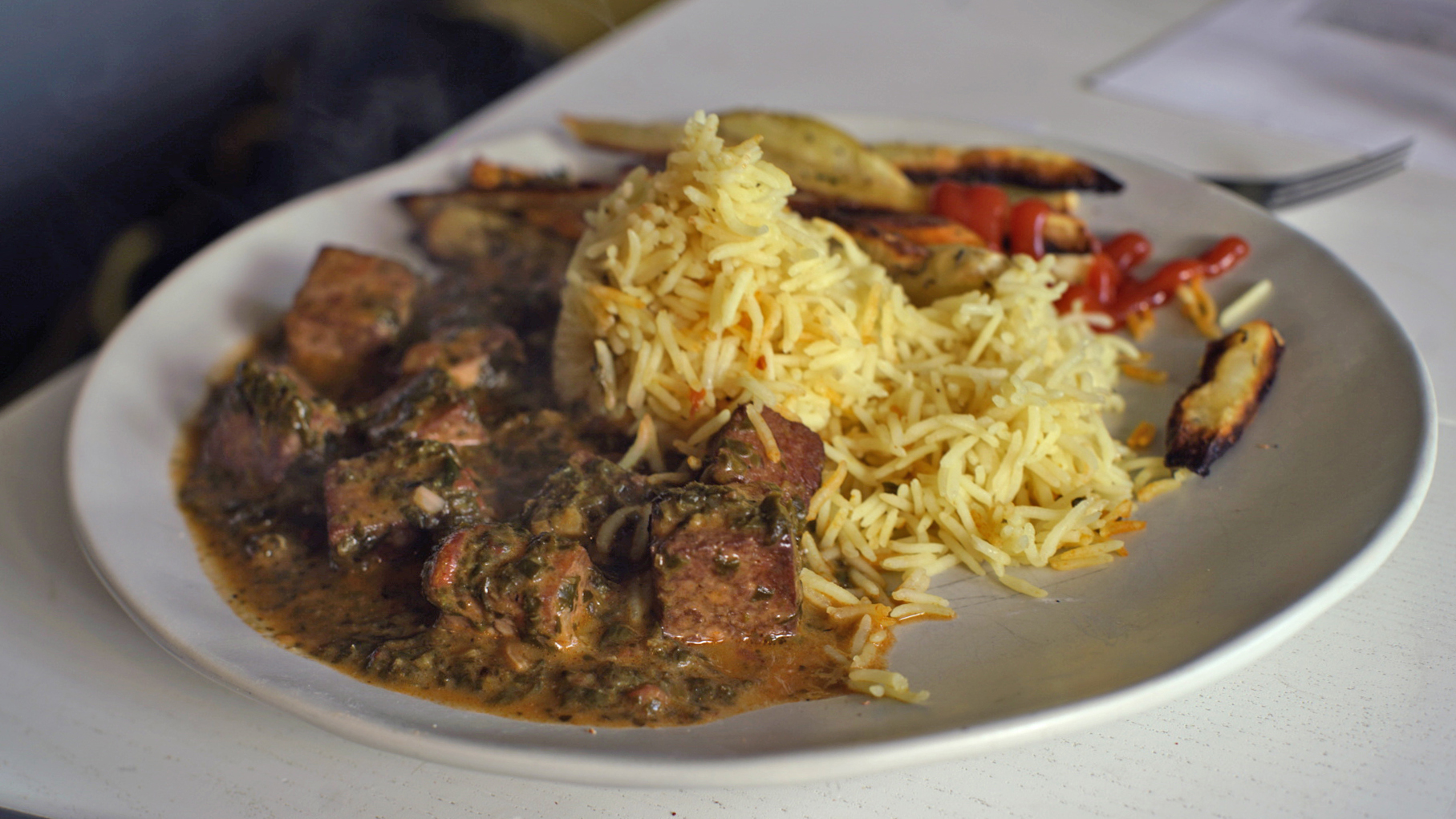 Here are some of my previous Vegan recipes shared on Steemit :