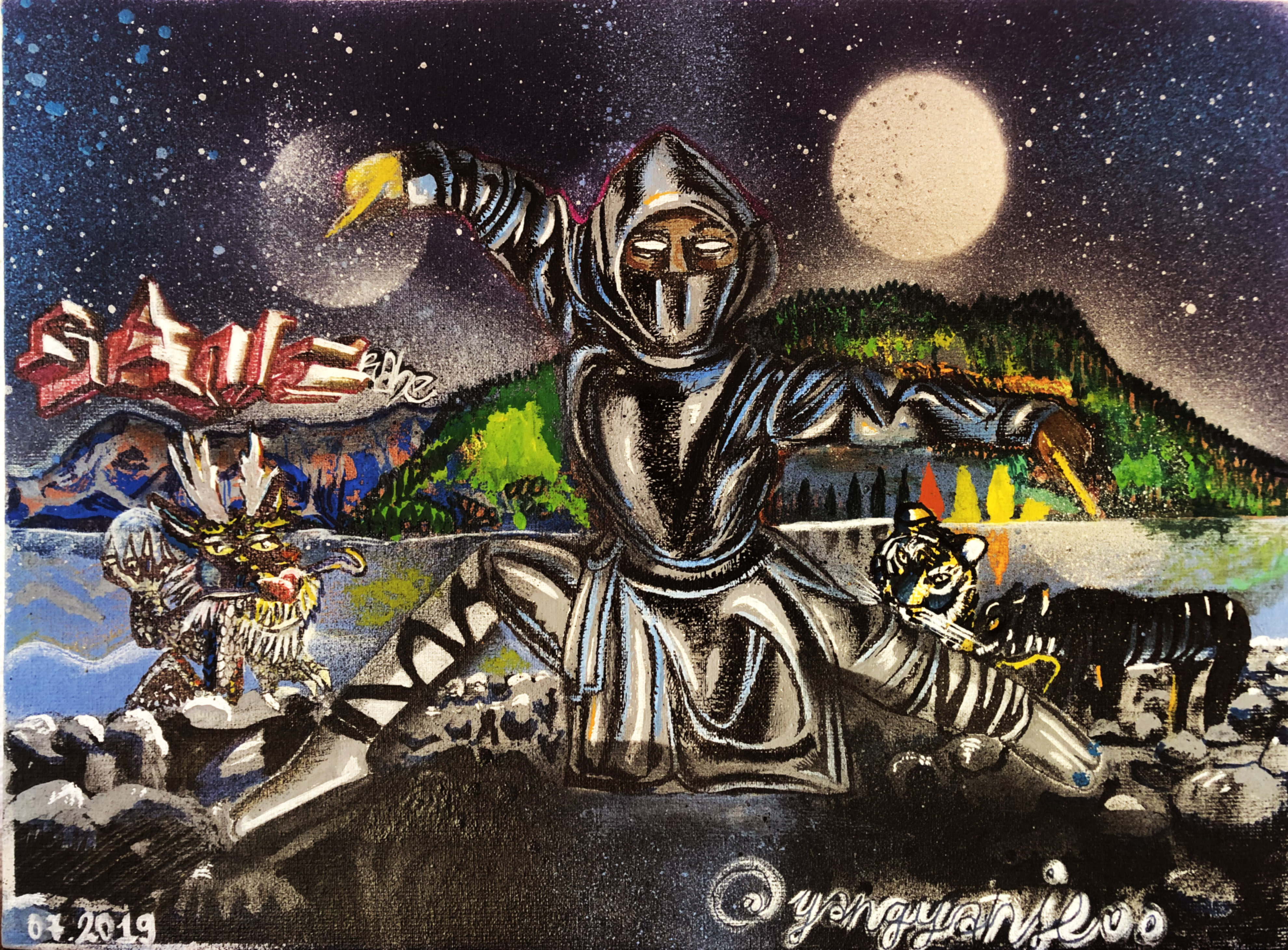 A while ago I stumbled across a post of @kommienezuspadt titled : Steemian vs. "The Bear" - Page #003 pencils!

@kommienezuspadt did three similar posts I about Steemian vs. "The Bear" : As time passed, I started to pay a lot of attention to #naturalmedicine, #ecotrain, #vegansofsteemit etc. Around March I realised that I needed to do more of the things I truly love, such as photography, painting and making music. This is a challenge while running a business at the same time. As you all noticed, I use an Avatar called Soan Shinobi or @yangyanje. This is a character from a fictional tale I came up with, in where the first part is called "The Story of Rane" . I also use the name "Rane" as letters for my Graffiti. Not to confuse with @ran.koree, who contributes a lot to the steemit community with his activities as an artist. He spells 'Ran' and i'm 'Rane'.

@yangyanje is actually a part of the "The Story of Rane". In the story @yangyanje describes a character that ascends to a higher form of pure energy and leaves with physical body. A highly evolved being, he appears as messenger or guide in the form of light to Rane in times of difficulty and hardship. He achieves this form by meditating in a cave. In a way, painting this character during a time I had almost died of pneumonia has some implications, as I was deeply into fractal geometry at the time. This character is an imagination of a very powerful personification of an evolved and enlightened being of infinite wisdom.

Around March 2019 I heard about the Steem Group Meditation hosted by @riverflows, #naturalmedicine, who created the #mindfullife community on Steemit along with @bewithbreath, who guides the meditation. During a meditation session with other steemians, I began to realise how connected we all are through creative knowledge sharing . While scrolling through some music on Dtube and Dsound, I discovered @wolfnworbeikood. Then suddenly I came across Steemian vs "The Bear", which @wolfnworbeikood had resteemed. - Pencil 003 by @kommienezuspadt and the last image that says: "Activating Hive Mind" really stuck with me. I thought of a different plot where the story begins here on Steem.

What if the Story plot starts at SGM, where Steemians awakened @yangyanje? @yangyanje being brought to life by all Steemian meditators. What if @kommienezuspadt activated the hive mind and the activation signal reached @yangyanje ? Realising that we are all a part of something greater? ...

At least bear certainly doesn't stand a chance if we were all to realise this.

Previous posts I did on 'Rane' included: 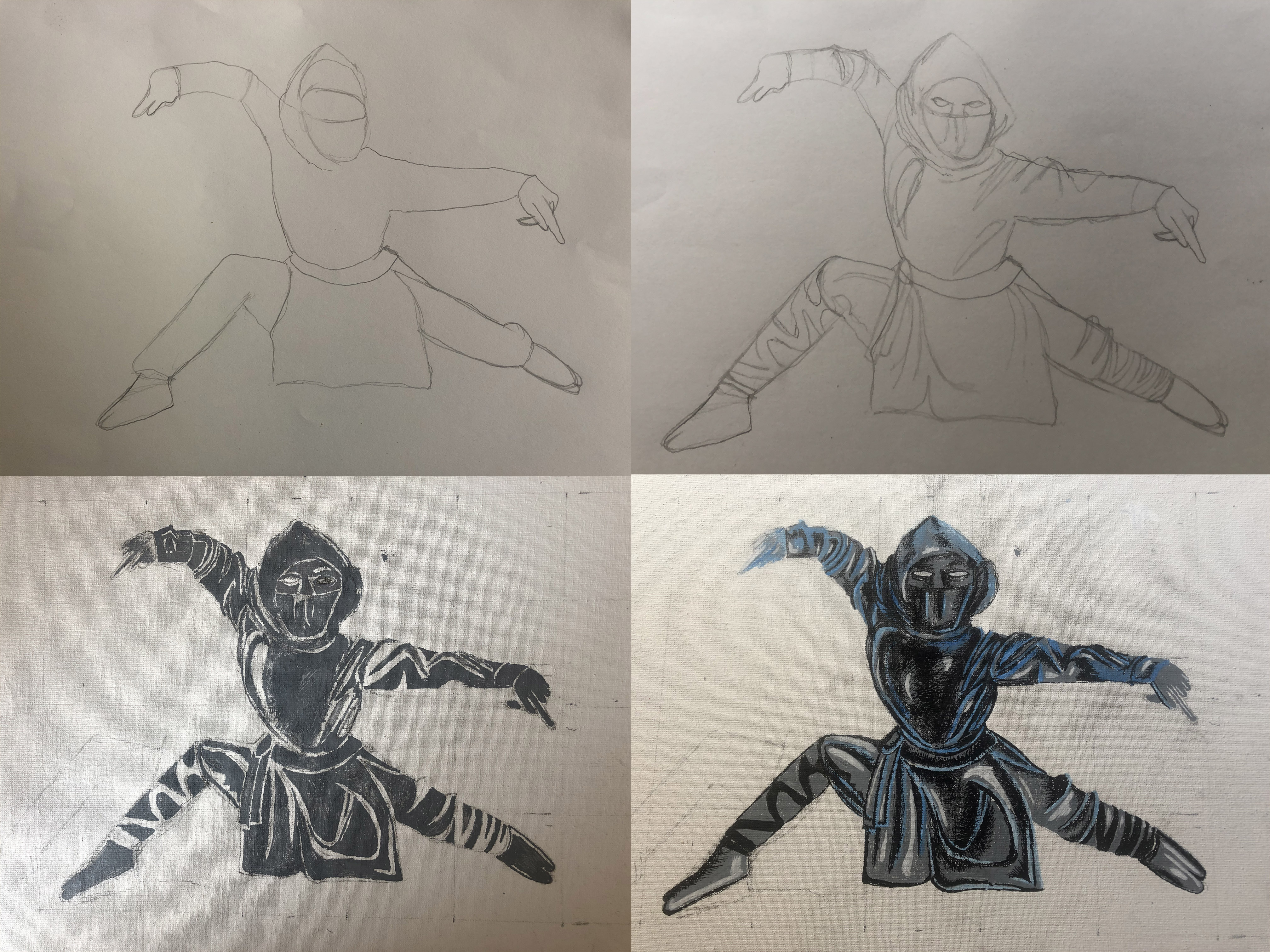 I used a paper for the initial sketch and migrated to a canvas later using a grid in order to capture the proportions of my sketch better. While coloring, I thought of a nocturnal image, for which I used blue to fade into Black on a gray primary color. 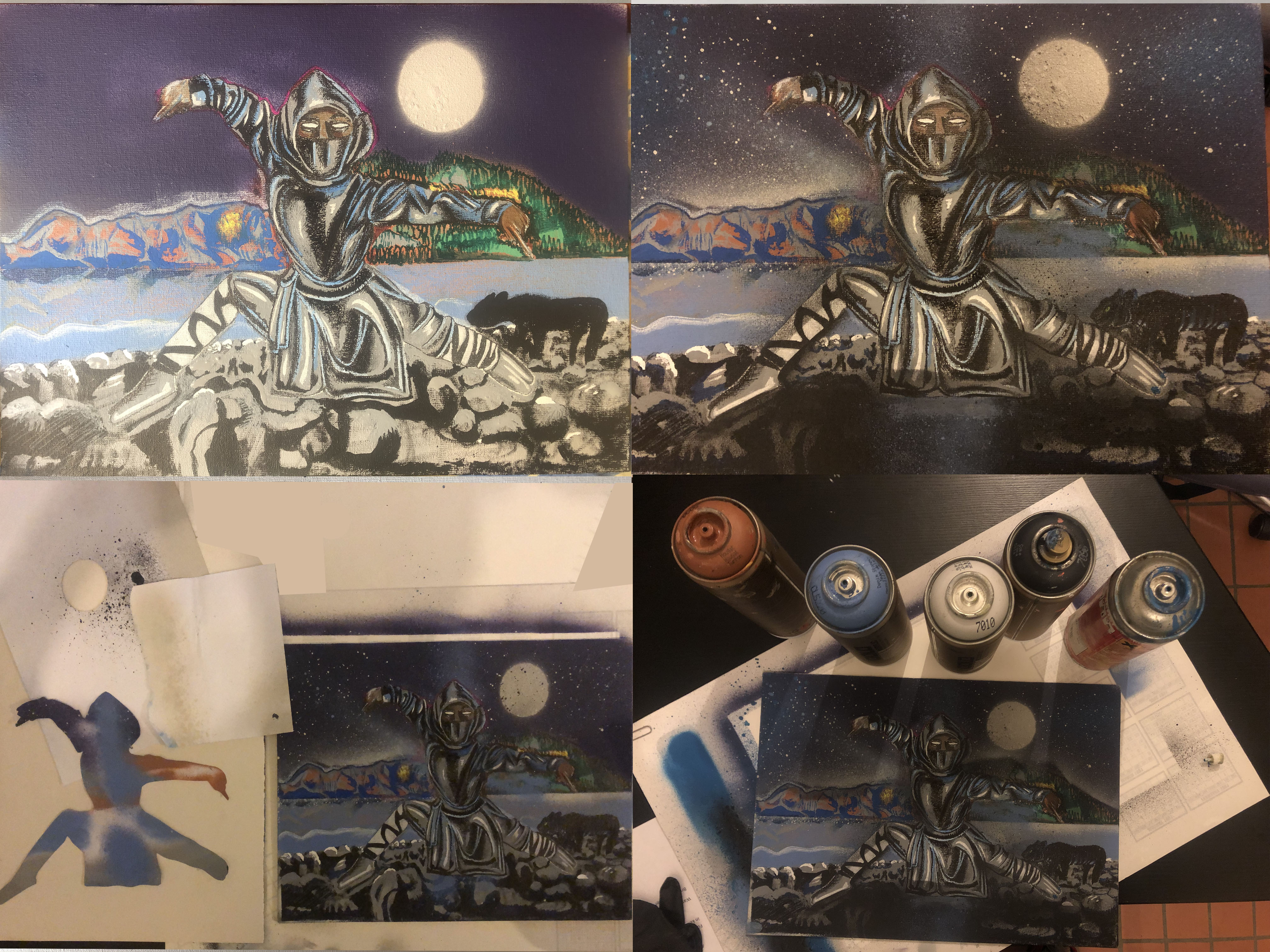 After shading and doing a bit of background, I cut out a silhouette shade of the character, a circle and a bit of landscape. I used spray paint to give the image more contrast and effects such as the stars. I randomly decided to add two tigers on the right and a dragon on the left. 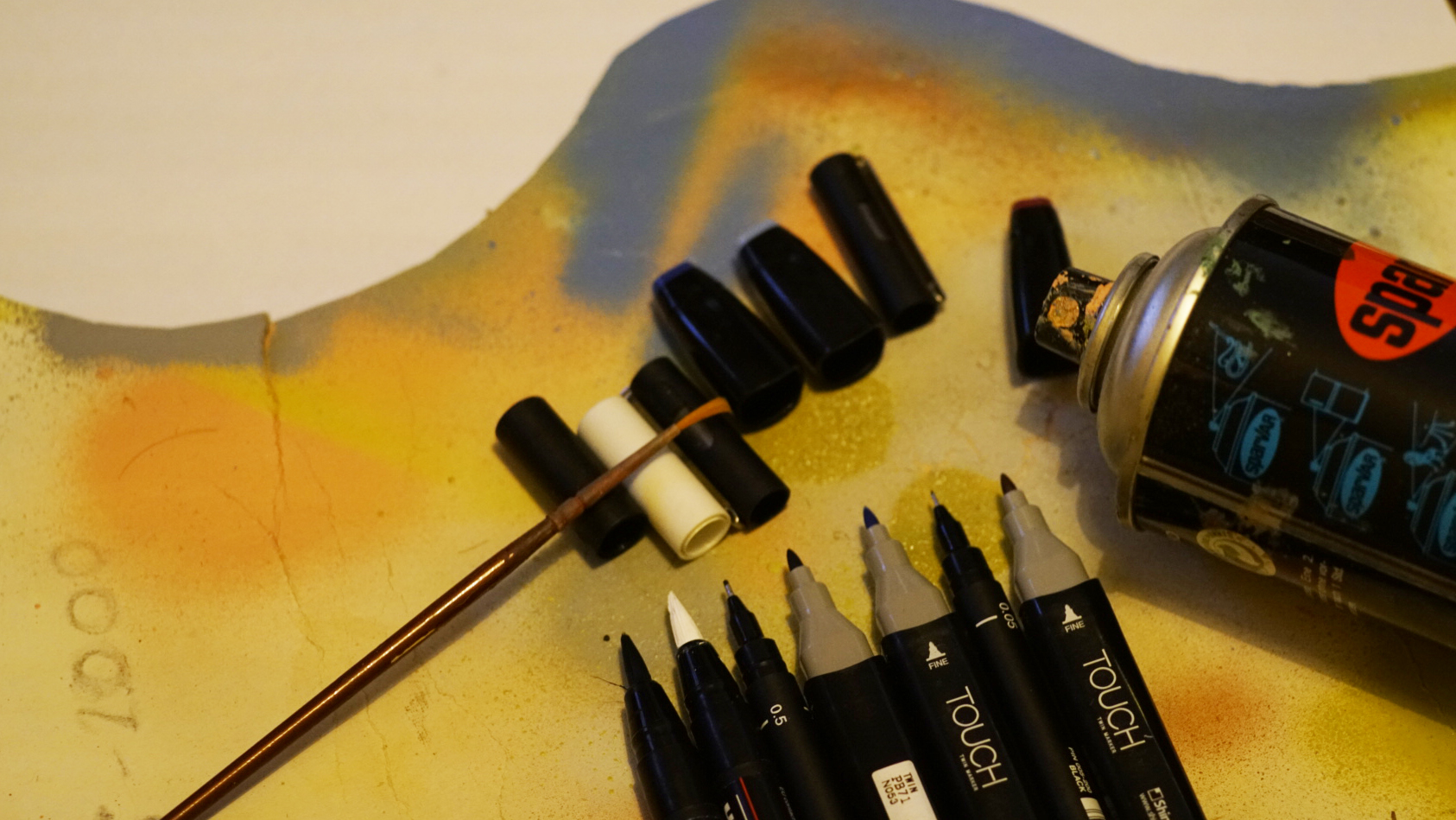 I used uni POSCA PCF-350 Pen Brushes, TOUCH Masking Markers, uni Pigment Ink Pens, Acrylic Paint and a brush size 1. To round it up I used 7 colours of spray paint at the end.

Practicing Qi Gong, Rane tried out his new suit. working on the moves he learned, he tries to balance the Dao of his Qi.

We constantly learn and evolve. We often understand other perspectives that can enrich our views because we thought about them. This understanding can reveal profound truths and shine light on who we want to become. These are often messages we choose to receive. - Soan Shinobi a @yangyanje original

After a short break we will resume meditation again very soon. Feel free to join us.