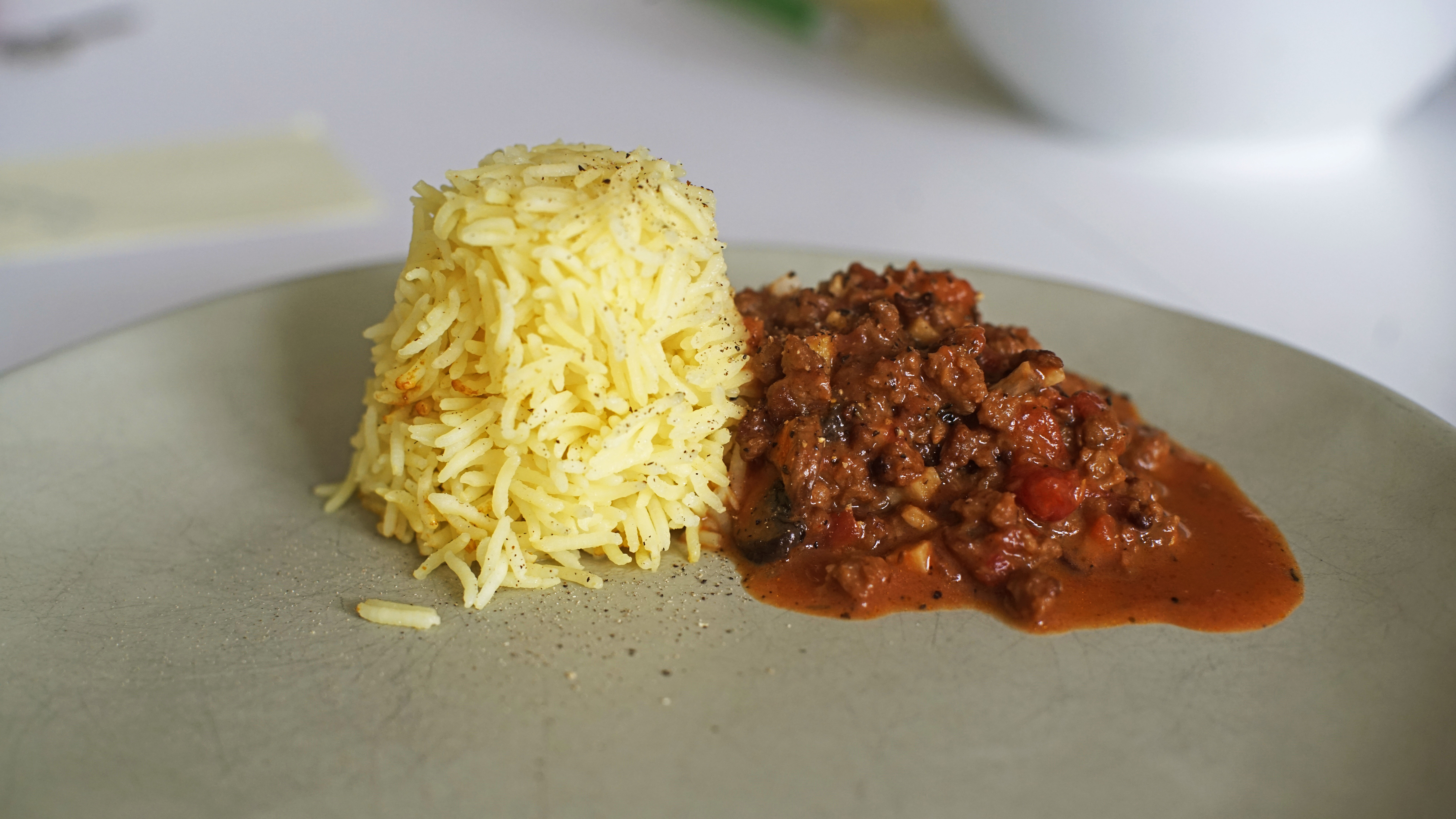 Minced Soy with a Tomato Sauce

Having only known @vincentnijman for a few hours, he is this really enthusiastic character when it comes to trying out vegan food and living plant based that he has this encouraging posture towards it. On our first day we got some groceries and tried out pretty simple meal. Living plant based being just a choice I make, I often try to remain simple about my plant based diet when confronted. Many, both vegan or the meat eating sides at times have their condescending and dogmatic attitude towards each other, which is nonsense one tries to avoid when going about one's daily business. When the term vegan was still unknown to many around 12-15 years ago it was even difficult to justify yourself as a vegetarian.
The best questions are : "What do you eat?" lol
Having had to deal with all sorts of oppositions and banalities of argumentations that make no sense to me, I became quite witty in my responses. So literally, before I share this really short recipe, what you eat is YOUR choice. I just thought of the choices I can make generally and it's by far just the tip of the iceberg. The bigger question is the moral choice and extend of ones awareness of it. To me literally it also meant to make a choice to not cause any harm to other living beings with my presence if I literally have nothing to loose or gain from it. Why not quit supporting mass murder? Aren't we a species that is violent enough?

Never was I aware that it would change my life and open my mind to so many culinary experiences that make me look at food differently.

Wait! I am not saying that people that eat meat out there are violent, but maybe not enough to actually slaughter the animals they eat. We are all accustomed to eating what is sold to us as food and I think it's perfectly Ok to assume ourselves on top of the food chain. I don't and therefore eat what above me rather than below if that were the case. Also eating a lot of processed food, I began to experiment a lot by myself to actually process Nuts, Veggies, Herbs into Pestos, make doughs and even Seitan myself. I noticed that it's better than what we get at stores, because we can put all that good stuff in it ourselves and leave out all the starch and thickening agents made from cheap byproducts.

If you like the flavour of frying your Onions and some Garlic in a frying pan, then kindly start it in that conventional way and add it to the Tomato Sauce.

I put a tin of organic Pilati (Tinned Tomato) in a pan with a cup of Water and started cooking it. 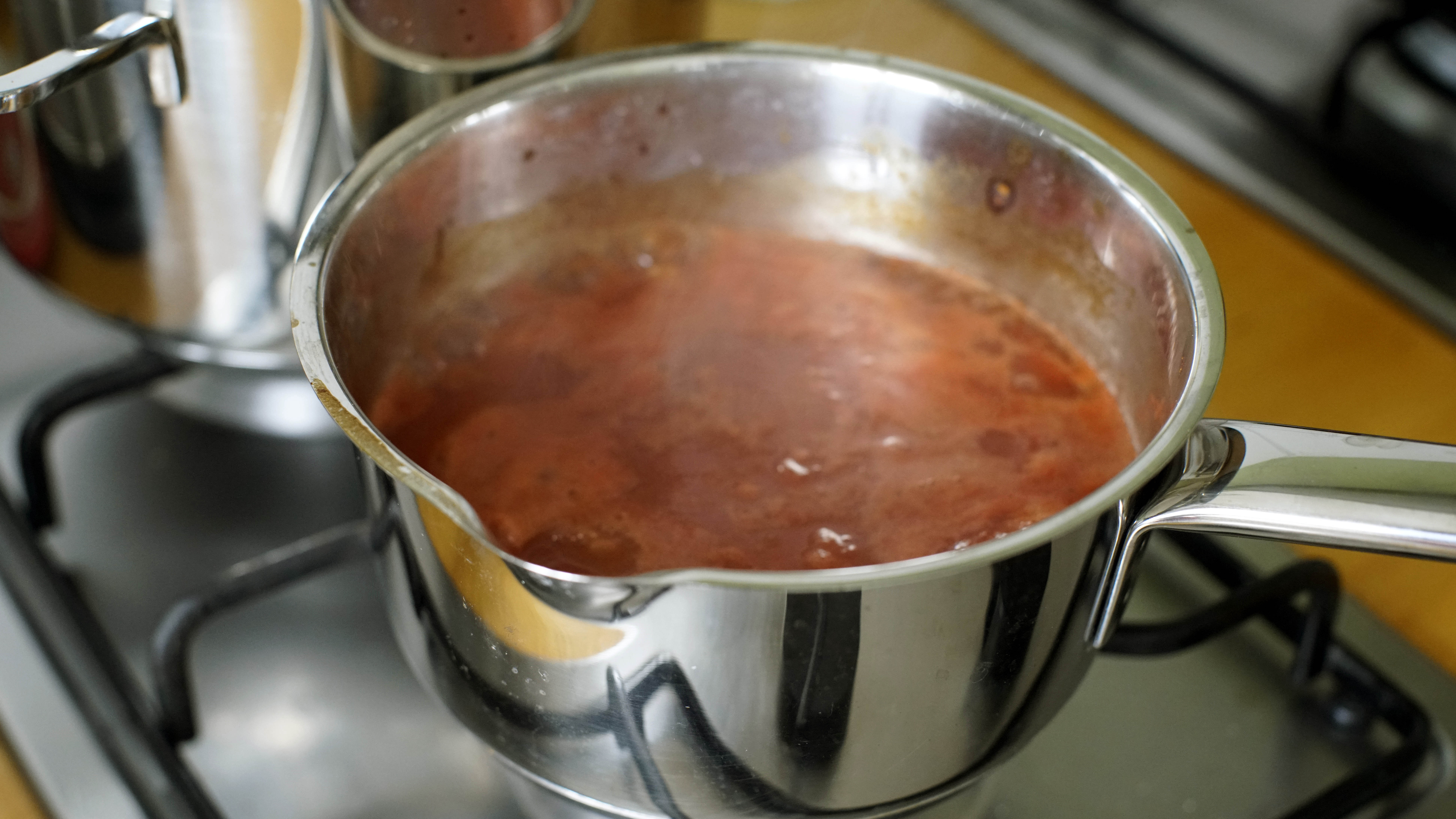 Adding half the amount of Garlic(2 cloves) to the Tomato Sauce along with the Garlic and some Onions I cooked the Tomato Sauce for at least 45min and added some Bouillon and dried Thyme seasoning. 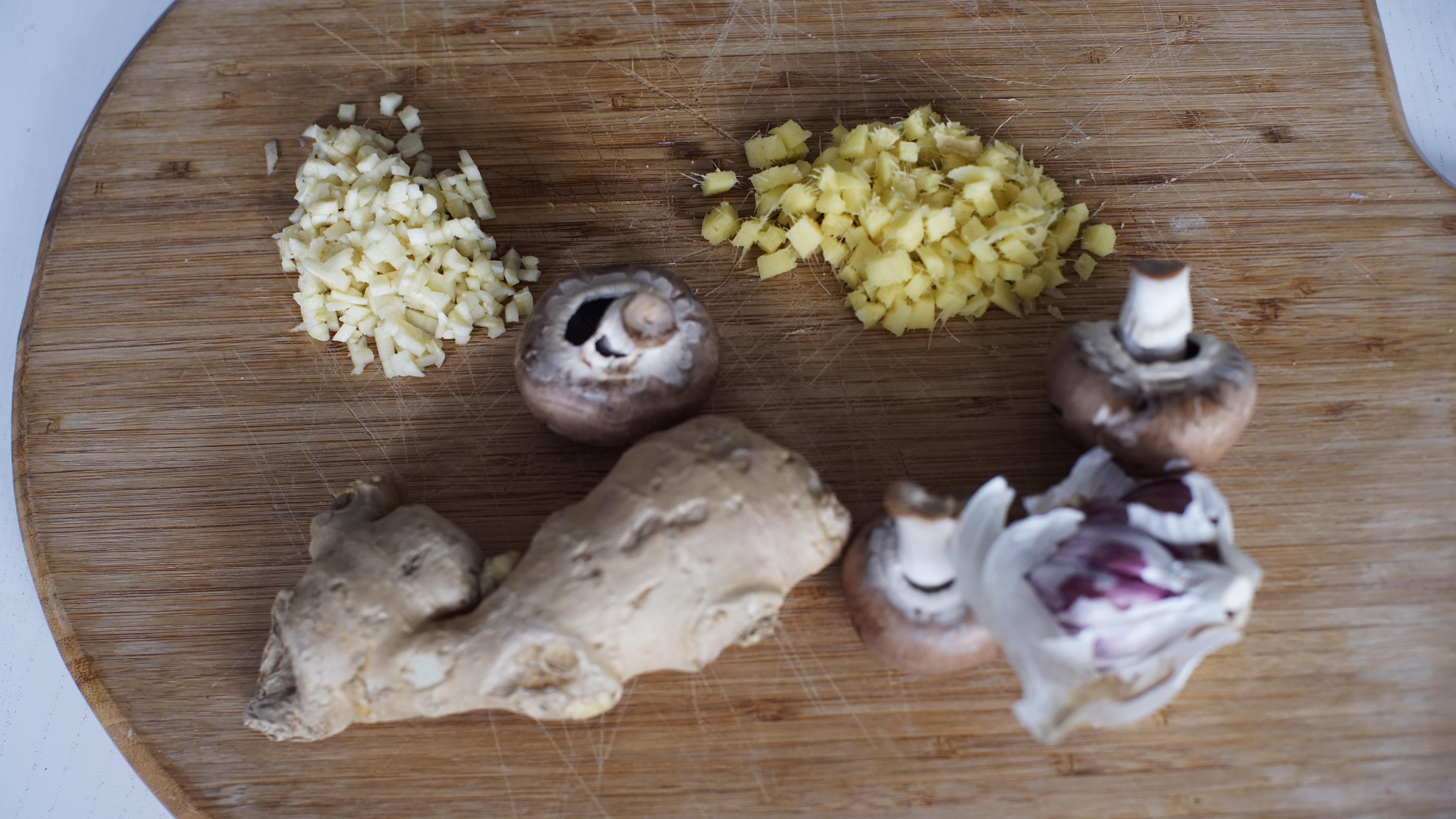 I unfortunately forgot to take a picture of the minced Soy, but I basically just fried it in a pan with some Olive Oil, half of the Garlic on the pictures(2 cloves) and the Champignons (Mushrooms) and added a bit of Bouillon. 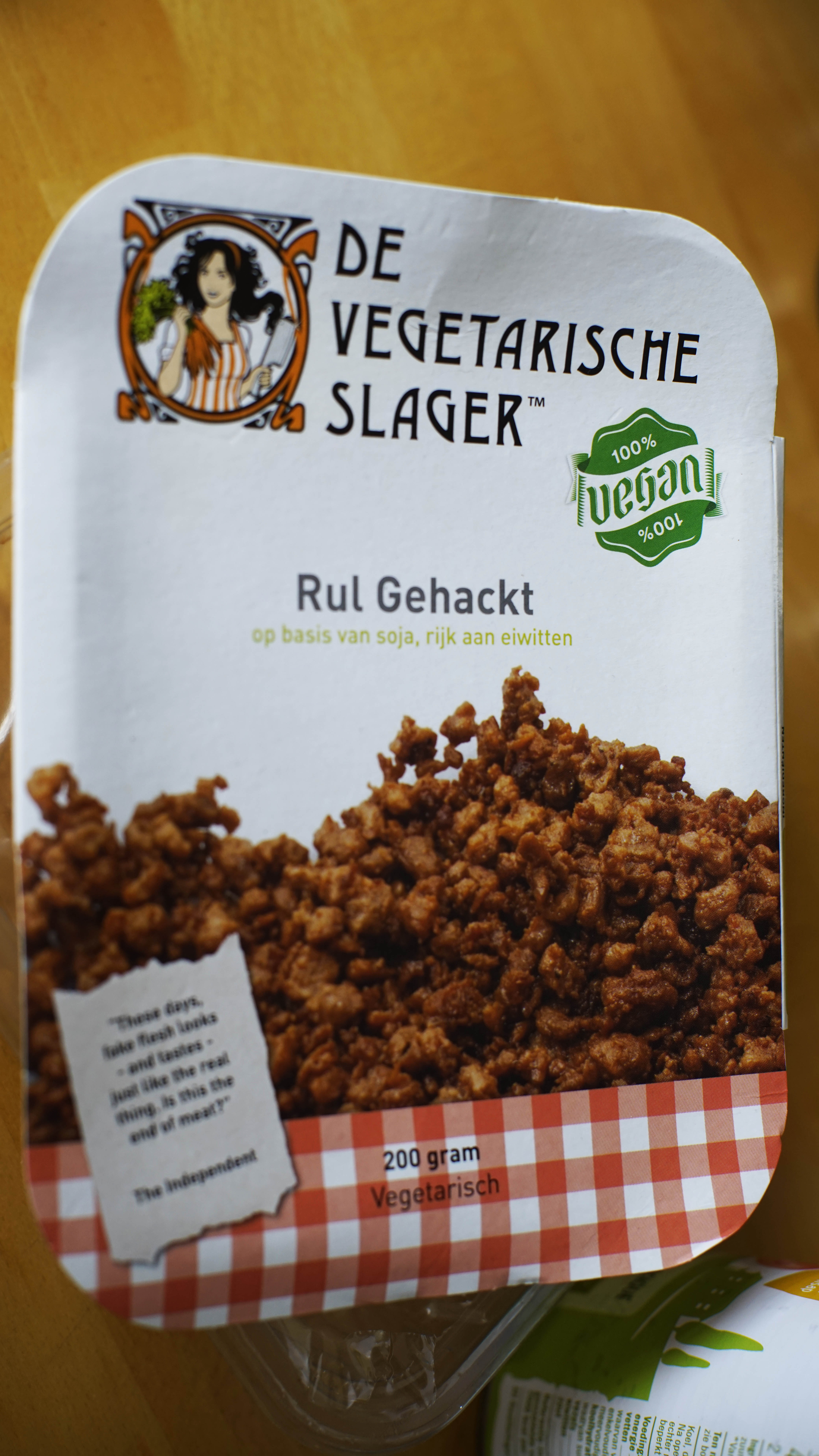 I later added the minced Soy to the sauce. 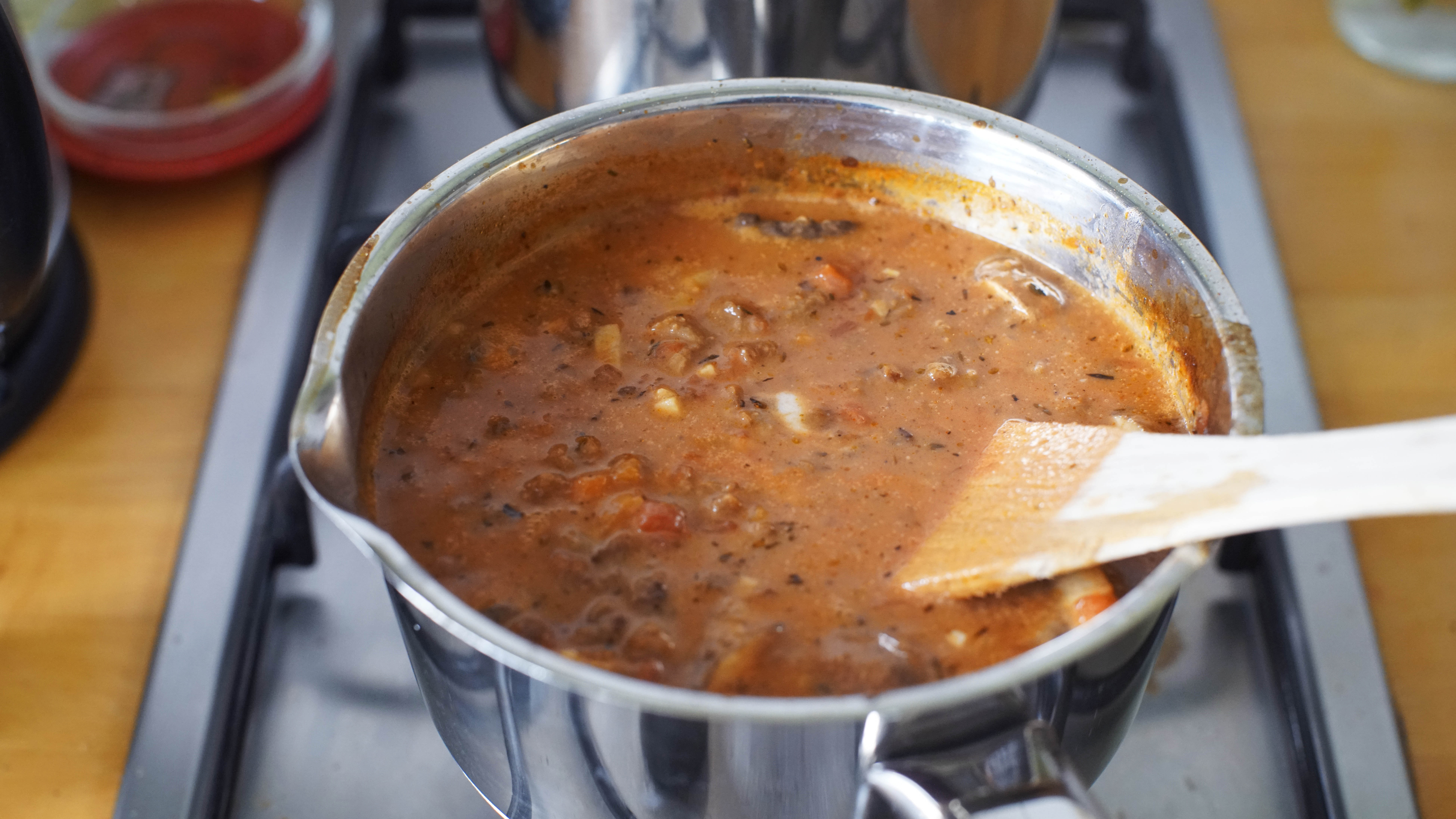 After dressing the plate I added some Black Pepper on top. 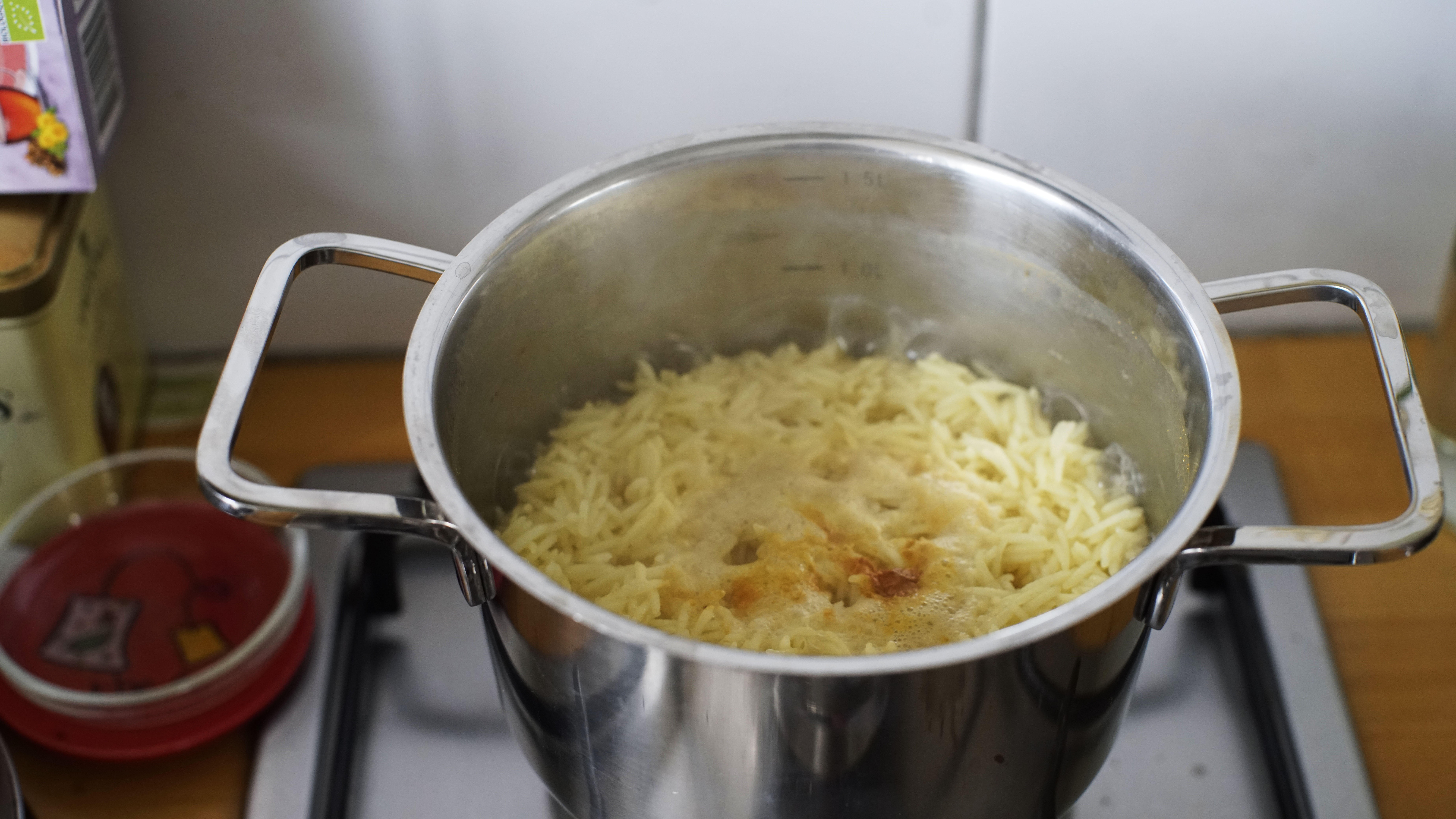 I will do a separate post on how to make basmati rice, but basically I added a pinch of kurkuma for some yellow color. 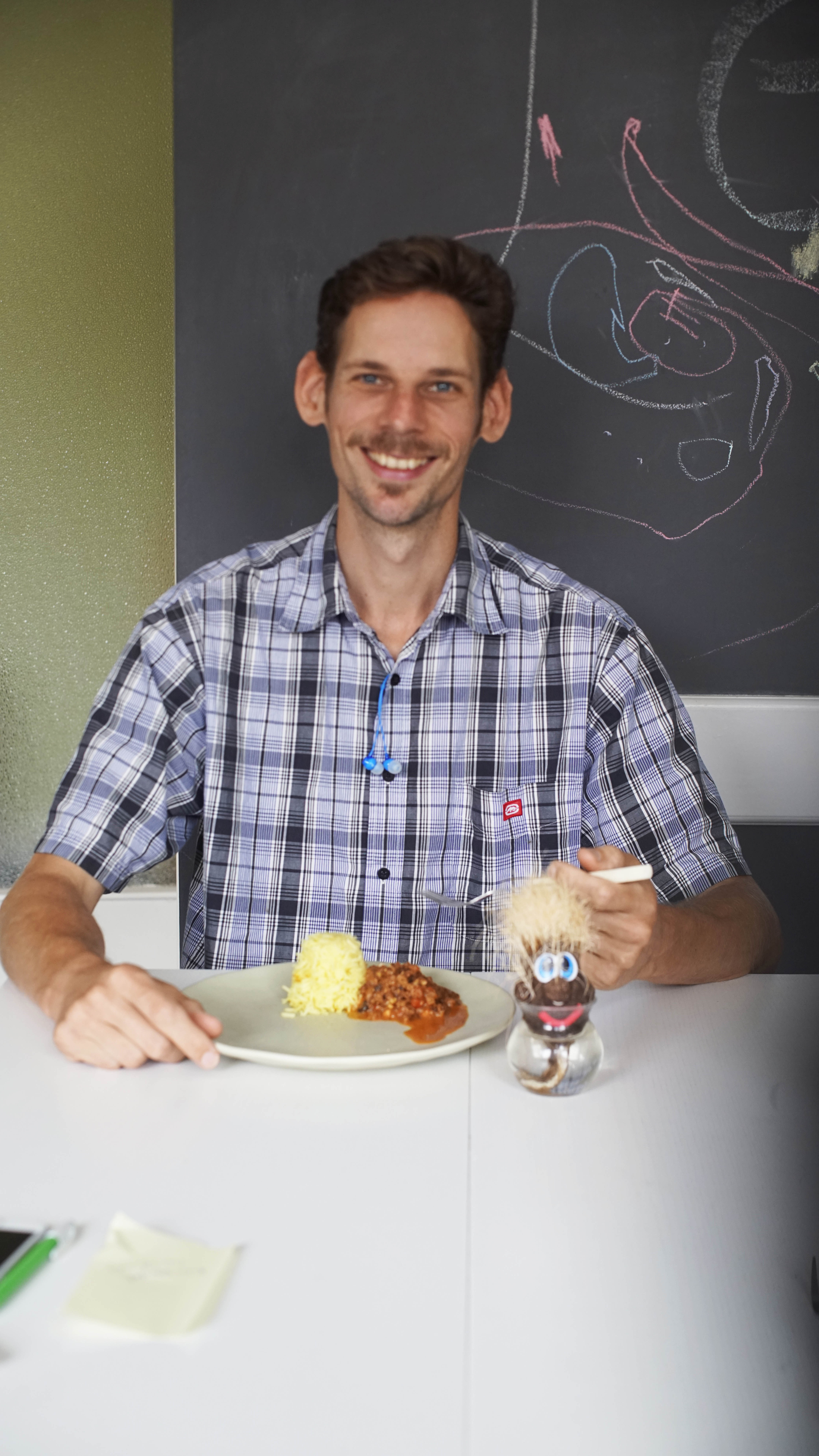 A smile can be more powerful than we think, the encouragement we receive back can reveal a reflection of how happy we truly want to be. Smile and embark on a path of joy - @yangyanje

Here are some of my previous Vegan recipes shared on Steemit: